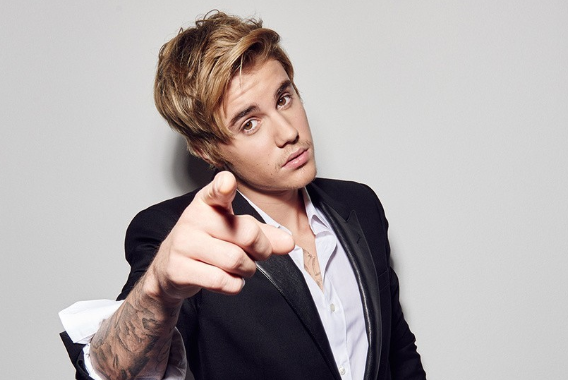 The Top Five Songs From Justin Bieber’s New ‘Purpose’ Album, According To A Guy Who Did Not Expect To Like One It shouldn’t be too surprising to hear that I have never been a huge fan of Justin Bieber’s music. A large chunk of his music career has been dedicated to pleasing 14-year-old girls, and that is NOT an insult. I’m just saying, it was hard for me to connect to the songs. Music is about passion for me. If I don’t feel it, then I am probably not going to like it.

So I should probably stop saying “Justin Bieber is back,” because he’s not back. He’s just arriving at the scene as a 21-year-old artist who finally has experience in life. Bieber is finally letting his heart write the lyrics, and that will always be the recipe for success. It doesn’t matter what you are doing. If you’re passionate about it and you truly believe in it, then it’s usually going to create a successful product.

Justin Bieber put out a quality product with his latest album, Purpose. I’m not going to lie and claim I like every song on the album. There are a few songs on the album that sound like a poor man’s version of The Weeknd.

However, there are also a few songs that I truly enjoy. In fact, one of the songs on the list you see below is one of my favorite songs of the year.

Check out the action below. What are your favorite songs from the album?

Justin Bieber has confirmed that three songs on the album are about his relationship with Selena Gomez. Those three songs are…

And it’s no surprise those three songs have made this list. I’m telling you, when you sing about things you actually care about…THE WORLD WINS!

Mark My Words is one of the shortest songs on the album, but it’s packed with some surprisingly meaningful lyrics.

I wasn’t sure if I wanted to include this song on the list. I’m not a huge fan of the lyrics; however, it is catchy and I’ve found myself enjoying it more with every listen. It’s probably one of the most popular songs on the album, so I guess that has to mean something.

And at least he wasn’t afraid to ask the question all guys want to know. WHAT DO YOU MEAN? Seriously. If you just tell us, that makes everything so much easier. Hopefully his next album has a song called, “What Do You Want To Eat?” Because that’s another question no one can ever answer in a relationship.

By the way, “It doesn’t matter” is not and never will be the answer.

This song has a strange vibe to it. I thought it was going to be more of a “dance” type song. Similar to “What Do You Mean?” and “Where Are Ü Now,” but I was pleasantly surprised to hear a more relaxing tone to it. To me, it’s one of the most unique tracks on the album.

And the fact that Halsey is featured in the song doesn’t hurt either. Just like Justin Bieber, she started her career in music by posting videos to YouTube. Click here to listen to her ‘New Americana‘ song.

Released back in October as the second single from the album, Sorry is an extremely flexible song. And by that I mean you can listen to it when you’re sad, happy or just in the mood to groove. It also works well when you strip it down to just the basics. The acoustic version of this song is just as good (if not better) than the original version.

If you can handle the terrible video, click on this link to listen to the acoustic version. Justin’s business relationship with Skrillex is stronger than most marriages in Hollywood.

The first time I listened to this song, I was like, “Damn! This sounds like it could be an Ed Sheeran song!” And then I quickly discovered that Mr. Sheeran did rub his gingerness all over this track. He helped the Biebs write this song, and it feels like they fused together their most recent failed relationships to create it.

Some lyrics make sense for Justin and some make more sense when you look at Ed’s personal life. Obviously this song isn’t directly linked to Selena, because we know Justin is still in love with her. He basically admitted he wanted to get back together with her while talking to Ellen. So the best line in this song, “My mama don’t like you and she likes everyone,” was probably a touch of Ed.

Either way, Love Yourself is my favorite track from the album. I feel comfortable saying it’s my favorite Justin Bieber song ever, and it’s also one of my favorite songs of the year.