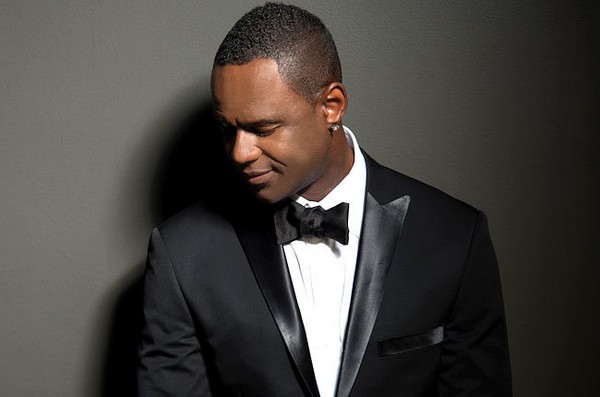 9 Incredibly Talented Artists Who Have Never Won A Grammy The 58th annual Grammy Awards will air on CBS on February 15, 2016. That date is actually important because it will be the first Monday airing of the show in its history. It has aired on Thursday, Saturday, Wednesday, and of course Sunday several times, but next year will be the first Monday. It’ll be interesting to see what that does to the ratings. It’s being reported they made the move because it will fall on a holiday weekend. They believe airing it at the very end of the holiday weekend will get them more viewers.

But the day of the event doesn’t matter for some people. Many fans refuse to watch the award show because they’re still upset over the surprising snubs you see below. Snoop is a legend in the rap game. If a new rapper is able to convince Mr. Dogg to drop a verse in one of their tracks, they feel like they just won the game of life. In his long and successful career, Snoop has managed to grab a total of 97 nominations for various awards, and 16 of those nominations have been for the Grammys.

But he’s lost every single time. He’s tied with Brian McKnight for the most nominations without a win. He’s won BET Awards, American Music Awards, and even a MTV Movie Award for best cameo.

Why has he failed to win an award after being nominated 16 times? Probably because of his tough competition, which includes Beyonce, Dr. Dre and Kanye West. Okay, so technically Bob Marley did win a Lifetime Achievement Grammy, but he never did win any Grammy Awards for any of his specific works, which is surprising because he is one of the world’s best-selling artists.  According to Forbes, he has sold more than 75 million albums since his death.

There probably isn’t any bad blood between the Marley family and the annual ceremony. His sons, Ziggy, Stephen and Damian have won over 10 total. Some of you might find her music annoying, but Katy Perry and her KatyCats have been breaking all kinds of records. Her Teenage Dream album was only the second album in history to have five number one hits from one album. She was the first female artist to hit the impressive mark. Six songs from the album sold over two million digital downloads, which set a record in the digital era for the most multi-platinum singles from one album.

But for some reason, that just wasn’t record-breaking enough to win a Grammy Award. She’s been nominated a total of 13 times, most recently for Best Pop Vocal Album in 2015. She lost to Sam Smith’s In the Lonely hour. In previous years, she lost to nine-time winner Adele.

Maybe she should switch to country music…

Speaking of country music, let’s talk about the wonderful Martina McBride. She’s been in the music industry for over 20 years, recording a total of twelve studio albums, eight of those albums have received an RIAA Gold certification.

She has sold over 14 million albums and has won the CMA’s Female Vocalist of the Year four times. In addition to all that, McBride has also been nominated for a Grammy 14 times. Sadly, she hasn’t been able to take home any of those awards.

Her latest album (Everlasting) debuted at No. 7 on the Billboard 200. It seems like everyone loves Brian McKnight…they just don’t love him enough to give him any awards. He’s been nominated 27 times in total for several major award shows, but he’s only been able to take home TWO awards: one NAACP Image Award and one Soul Train Music Award.

The craziest part of this story? 16 of those 27 nominations were Grammy nominations. As we mentioned above, he’s tied with Snoop for the most nominations without a win.

His last Grammy nomination came back in 2005. Formed back in 1973 in New York City, legendary hard rock band Kiss took over the world of rock in the late 1970s. The group’s gross income for 1977 was $10.2 million and they had some of the wildest tours in rock history, but unfortunately they were ignored by the Grammy voters.

In fact, their one (and only) nomination didn’t come until 1999. They were nominated for Best Hard Rock Performance for Psycho Circus. They lost to Page and Plant’s Most High. Steven Patrick Morrissey’s ability to make you feel things you’ve never felt before puts him up there with the best in music. As the lyricist and vocalist of The Smiths, Morrissey’s once train full of supporters turned into a small country of rabid fans before the band broke up in 1987. Many experts consider Moz to be one of the greatest songwriters in history.

The Grammy voters? They don’t seem that impressed. He’s only been nominated once for his 1992 album Your Arsenal, which peaked at number four on the UK charts. Brandon Flowers and his band The Killers have killed it at almost every award show out there, but for some reason they haven’t been able to grab that first Grammy win. They’ve been nominated seven times, once for Best Rock Album in 2005. They lost that year to Green Day’s huge American Idiot album.

Even in his highly successful solo career, Flowers still hasn’t been able to impress those demanding Grammy voters. His latest solo album, The Desired Effect, debuted at number one on the UK Albums Chart, making it his sixth overall UK number-one. Critics are saying it’s his best album since the Grammy-nominated album 10 years ago.

Could the 58th Grammy Awards be in his future? It’s possible. *Fingers crossed*