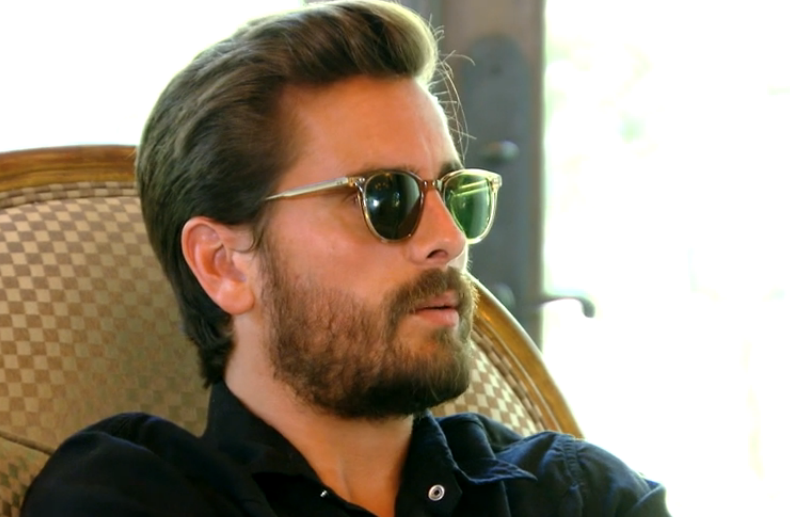 Scott Disick Breaks Down During Apology To Kardashian Family, Says He Would Kill Himself If He Didn’t Have His Kids There were a few dark moments during last night’s episode of Keeping Up With the Kardashians. The always dramatic Scott Disick sat down face-to-face with the Kardashian women to apologize for his recent behavior.

The intense meeting happened after the family returned from their St. Barts vacation. Kourtney Kardashian was having a meeting with Khloe and their mother Kris. They were all shocked when Scott “randomly” stopped by because they hadn’t really heard from him in months.

It was similar to the ending of Jerry Maguire when Tom Cruise crashes the single ladies night in dramatic fashion  to give that emotional speech, which makes Renee deliver that classic line, “You had me at hello.” The only major difference being that Scott’s speech was a lot darker than Tom’s, and he was the only one crying at the end of it.

“It’s so hard seeing my children on a trip – that was the first trip that I’ve never been on with my own kids.” He told Kourtney before adding, “I realize I’m in the wrong, I’ve been in the wrong a long time.”

He then talked about how lonely he had been after the death of his parents and his breakup with Kourtney. And while Kourtney stayed silent during his speech, Khloe jumped in to defend her sister and the family, “You say you don’t have a family and you don’t have all these things, we give you one, why do you like, destroy it?”

That’s when the tears started flowing from Scott. He once again apologized for embarrassing the family and letting them down.

And then he dropped this heartbreaking line…

I’ve never been this unhappy in my life, you know. It’s just terrible. If I didn’t have those kids, I would kill myself. But I have them and I’m going to be here and I’m going to make it right for them.

Damn. That’s a little too real for a reality show, you know what I mean? It’s a good thing Khloe saved the episode by providing us with this glorious GIF of her booty…