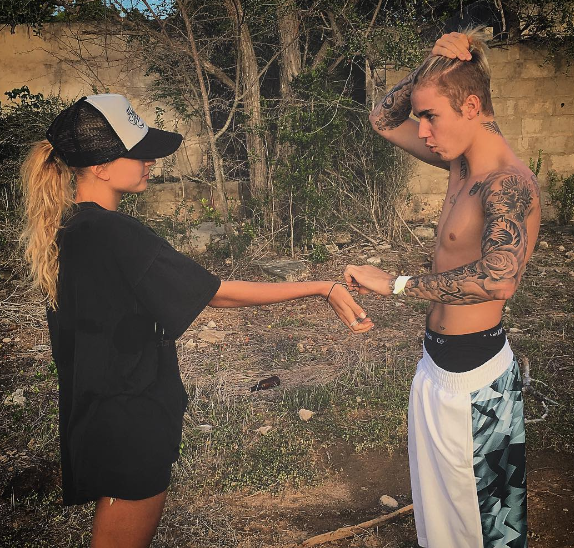 So This Justin Bieber/Hailey Baldwin Thing Is Official Now, Right? Check Out The Photo That Has Everybody Talking! After years of, “Are they just friends?” It looks like we finally have our answer. Justin Bieber and Hailey Baldwin are more than just friends. We are not ready to confirm a serious relationship between the two; however, we know for sure they are sharing things friends don’t typically share with each other…like spit.

On Sunday night, the Biebs shocked his fans when he posted the photo you see below. He didn’t caption the photo with anything, but he did tag Hailey in the shot. This is just the latest photo from their New Year’s holiday vacation. The 21-year-old singer has posted several photos with the 19-year-old model to his Instagram account.

Back in February of last year, Hailey talked about her relationship with Bieber during an interview with E! News, and at the time she of course said they were just friends…

We’re just friends. I’ve known him for a very long time, since I was about 13. But any male in his place, any girl that’s around him they automatically assume. That’s the world we live in. I’m just trying to be there for him and support him as a friend.

Things have obviously changed since then. I guess it’s possible they are SUPER close friends and they can share passionate kisses with each other without getting those romantic feelings; however, we think that is highly unlikely.

Looks like Bieber is finally over Selena Gomez. At least for now.