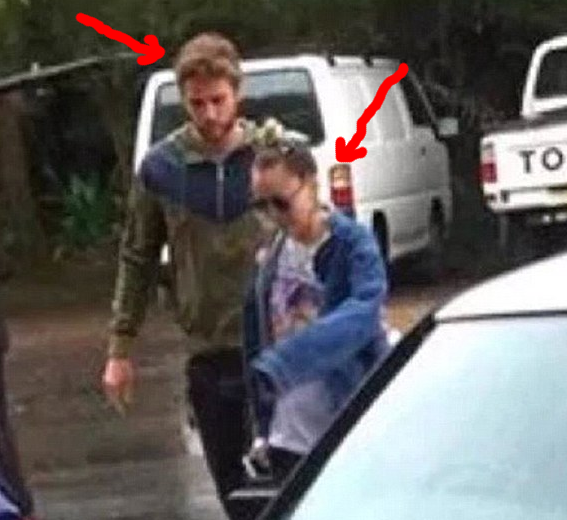 2016 Shocker: Miley Cyrus And Liam Hemsworth Are Back Together?!? Details And Photos Inside! Will 2016 be the year of rekindled love? It’s certainly starting off that way. Last weekend, Miley Cyrus was spotted hanging out with Liam Hemsworth in Australia with his family.

Several sources claim Miley and Liam were all over each other. An insider who talked with E! News claims they were “cuddling and kissing” at the Falls Music Festival. As we mentioned above, Liam’s family also attended the music festival. Sources say Chris Hemsworth was there with his wife Elsa Pataky.

And wouldn’t you know it, Miley was seen hanging out with Elsa over the holiday weekend… Is it just me or has Miley’s tongue extended in size? It looks at least an inch longer. Maybe that’s why Liam is taking her back? She has finally reached her full tongue potential.

Anyway, you are probably wondering why those sources up there don’t have any photos to back up their claims. Well, they do, it’s just they are terrible quality, much like the photos we saw of Harry Styles and Kendall Jenner. So what does this tell us? We know Miley was hanging out with the Hemsworth family because there are multiple shots of her with Elsa (the wife of Liam’s older brother Chris) and we know Miley and Liam were indeed at the music festival together, thanks to the Bigfoot-like photo above.

It’s been a little over two years since they ended their relationship and called off their engagement. Back in September of last year, Miley talked with Elle U.K. and she admitted that she still had a healthy relationship with her ex, “Me and Liam are still so close and we love each other. “

We were together five years, so I don’t think those feelings will ever change. And that’s good because that proves to me that it was real. It wasn’t just a fling.

We’ll keep you posted. Hopefully they are trying to work things out. I am a fan of Miam!