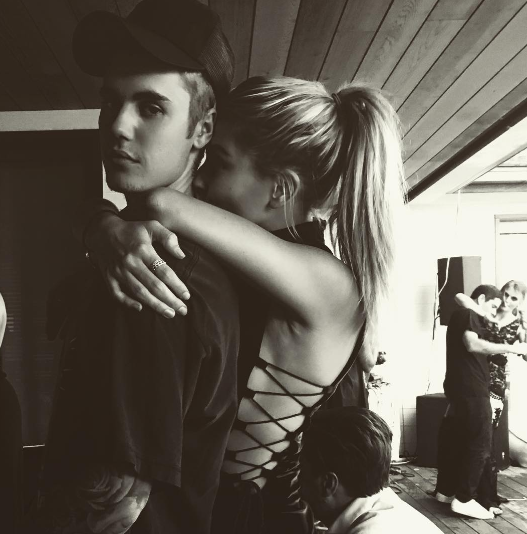 When you’re super rich and famous like Justin Bieber, it’s hard to settle down with just one girl. It’s like walking inside a pie shop on free sample day. You’re going to taste every freaking flavor in that shop. Sure, the apple pie is nice, but what about the bourbon pecan pie? You can’t leave without also tasting that.

This is something Hailey Baldwin knows Bieber struggles with. He likes to flirt. According to the insiders, it’s one of the main reasons she always turned down the Biebs when it came to romance. She didn’t want to be just another girl. But something happened in the past few months that changed her mind. She gave the Biebs a chance, and things were going great. However, when it was revealed he may have been hooking up with Kourtney Kardashian, Baldwin gave the 21-year-old pop star an ultimatum.

She demanded he stop stringing her along. She said he would lose her if he didn’t man up and show he was serious about her.

Bieber thought about it and decided to treat their relationship with a little more respect. Sources say their recent New Year’s vacation together was the first test, and judging by Bieber’s Instagram account, we’re going to assume he passed. The dude shared A LOT of photos featuring Baldwin on his Instagram. It was almost as if he got a new puppy and wanted to show the world.

Justin has never had a woman act like that before. He couldn’t say no. So he’s been seeing her again and is with her all the time.

We’ll see how long the good times last. I’m not sure if Bieber is ready to settle down just yet. And considering Baldwin is just 19-years-old, she shouldn’t be looking for anything serious either.

Be single while you can still enjoy it!