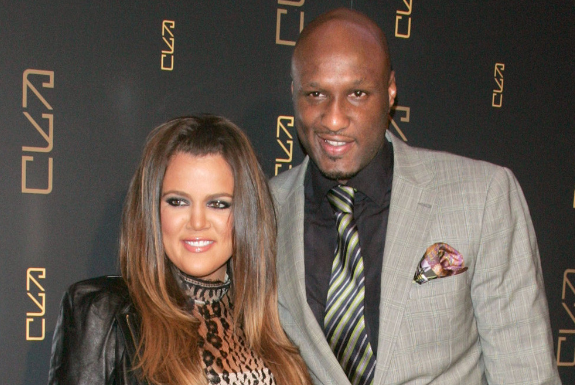 Khloe Kardashian Tells ALL In New Interview, Reveals How Lamar Odom Concealed His Cheating During Marriage! Khloe Kardashian REALLY wants this new talk show of hers, Kocktails With Khloe, to work out.  She has been traveling around the country to promote the show, and during the promotion, she has been getting extremely personal.

It’s great marketing because she’s been in the headlines every single day this week. Her most revealing interview happened on Wednesday morning with the great Howard Stern. She talked about her unstable marriage to Lamar Odom. Finally revealing how he was able to cheat on her without her knowing for so long.

He had help…from his assistant! Odom would never reach out to girls on his own phone. He would have his assistant call and text the girls, “He was really crafty. It was disgusting and I was pissed at the assistant.” She said during the interview.

But she also admits she should have known sooner. The cheating rumors were all over the magazines for several weeks, “Where there’s smoke there’s fire,” she admitted. Eventually, she discovered Odom was indeed having sex and getting blow jobs from other women. It crushed her at the time, mainly because outside of the cheating, their marriage was truly wonderful.

I’ve always asked why. Lamar does…did struggle with substance abuse. I do believe he has a sex addiction, but I also don’t know if I believe in a sex addiction that much.

She doesn’t regret getting married though. As some of you may remember, her family wasn’t exactly supportive when she announced she would be marrying the former NBA star after just one month of dating.

And because this interview happened on Howard Stern’s show, the topic of sex came back around. The curious host asked her if Odom’s moves in the bedroom “seduced” her into staying for as long as she did, “Obviously we had phenomenal sex. But it was also the intensity of our spirits as corny as that is.”

Hopefully James Harden is secure with himself.