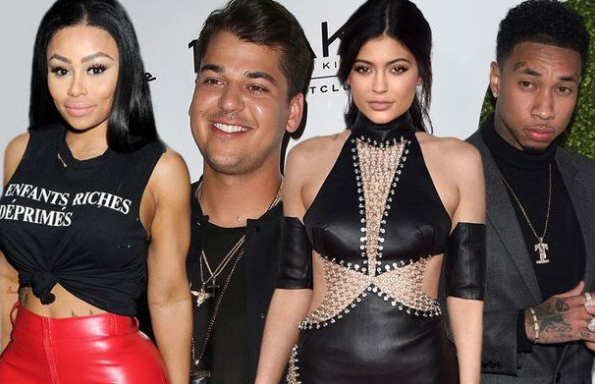 There is always manufactured drama in the Kardashian family. They have a reality show, so they are forced to create little disturbances to keep things interesting. However, this latest drama with Rob Kardashian dating Blac Chyna appears to be legit.

The family is NOT happy about it, mainly because it’s putting them in a difficult position. Obviously, they want to be respectful toward Kylie Jenner. She has been sharing a plate full of beef with Blac Chyna for a long time now, which makes sense considering Kylie basically stole Tyga away from her.

But they also want to support Rob, who has been depressed for several years. If Blac truly does make him happy, they don’t want to screw that up for him, “The family is in a bind trying to be supportive of Rob’s life while being sensitive of Kylie’s relationship with Tyga.” A source told Us Weekly. However, the family is also not sure if they should be supportive of the new relationship. They believe Blac might be taking advantage of Rob, even though it appears Rob was the one who reached out to Blac first on Instagram. After all, they have known each other for several years. Back when she was best friends with Kim, they saw each other all the time.

Either way, Rob does appear to be happy for the first time in years. He’s even working on his health by hitting the gym with Chyna. She posted a few clips of the meal she was eating and her workout, and you can hear Rob supporting her in the background. Apparently, he’s been staying at her house for almost a week now.