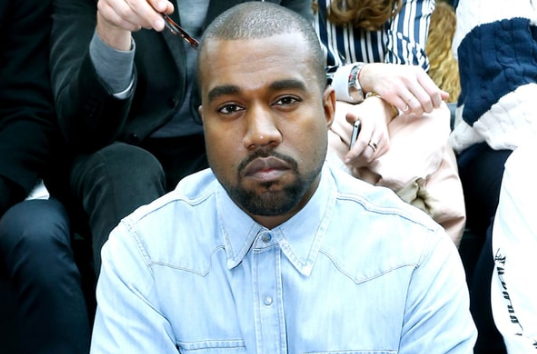 This Can’t Be Right: Kanye West Reveals He’s $53 Million In Debt, And Then Begs Mark Zuckerberg For Money? WTF? 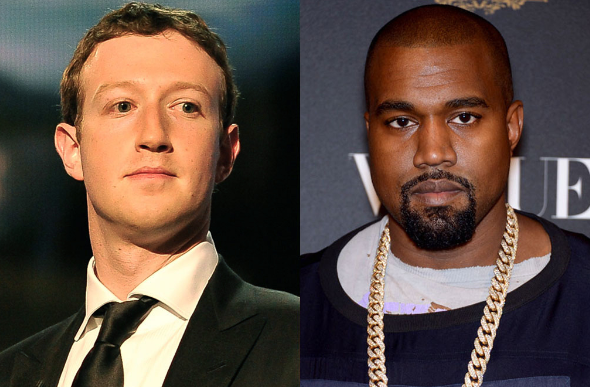 I feel like an embarrassed parent right now. For the the past few years, I have been defending Kanye West. Telling my friends and family that they just don’t understand him. He’s not this self-obsessed butthole that most people think he is.

Sadly, I might have to admit I was wrong. The 38-year-old rapper spent his holiday weekend begging people for money on Twitter. In a truly bizarre (even for Kanye) series of tweets, Mr. West admitted he was $53 million in debt, which seems almost impossible considering how much money he and his wife Kim Kardashian are worth.

We know these numbers aren’t always 100% accurate, but most people have Kanye’s net worth at around $100 million while Kim sits pretty at around $50 million. They are filthy rich, so it’s pretty surprising to see Kanye telling his fans to pray for him so he can overcome his financial troubles.

But whatever, right? It’s cool. He’s being honest and all he’s asking for is some prayers. There ain’t nothing wrong with that.

However, Kanye didn’t stop there. He returned to Twitter on Valentine’s Day to beg Mark Zuckerberg for money. You can check out all the desperate tweets below. It’s truly an entertaining read. 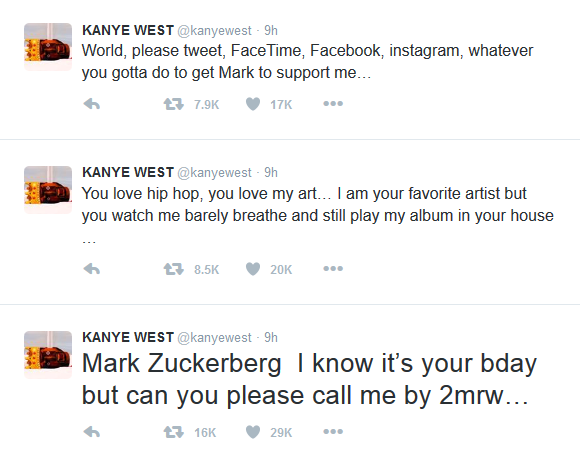 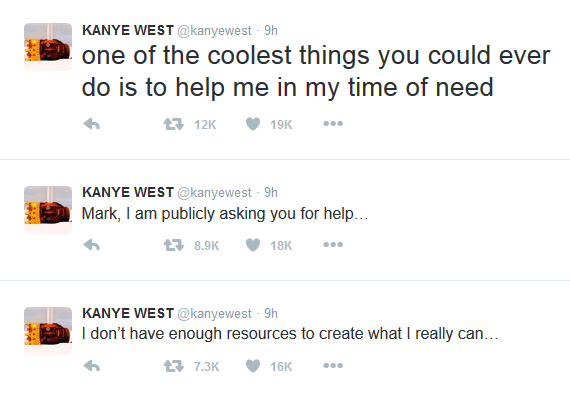 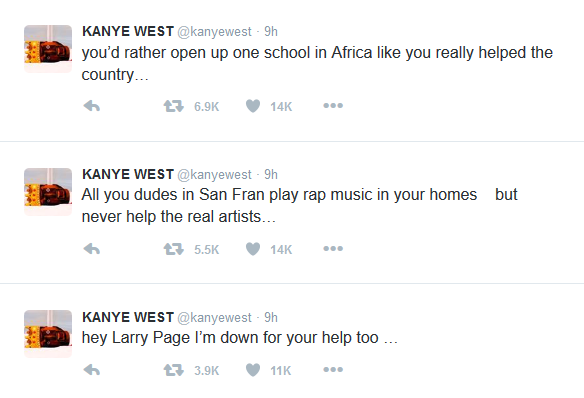 I can’t even say that’s “classic Kanye,” because it honestly seems like he has lost his freaking mind. Maybe he treats Twitter as a tool in his sick game of trolling, but it seemed like he was pretty serious. How would giving a multi-millionaire even more money to lose be more beneficial than helping those who are truly in need?

If Kanye was actually serious with this sh-t, how can he walk around claiming he’s doing this all for the people? He ain’t doing nothing for the people. This is all for him. With all the money he’s made, if he hasn’t figured out a way to preserve it all, then that’s his own freaking problem .

I mean, in 2013 Kanye and Kim were ranked No. 5 on Forbes’ 2013 list of Highest-Earning Celebrity Couples. And he’s asking other people for money? He wants people to stop helping those in need so he can make his selfish dreams a reality?

Not cool, Kanye. Not cool.