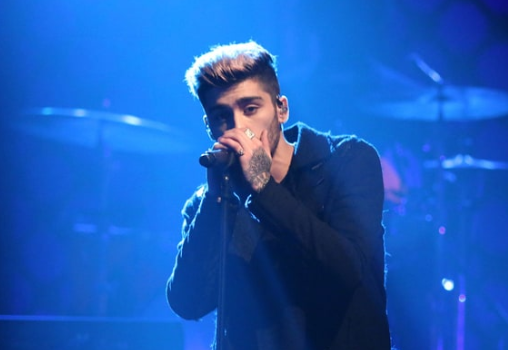 Zayn Malik Is Better Than One Direction Ever Was, Drops New Single “It’s You” On Tonight Show (VIDEO!)

Yeah, we said it. We know One Direction fans are going to murder us in our sleep, but the truth is Zayn Malik is spittin’ fire right now. The decision to leave the band was the best decision of his life. Why? Because he’s riding down Justin Timberlake highway right now.

He’s putting out songs that actually make you feel something, which is something One Direction wasn’t exactly concerned with. Malik’s first track “Pillow Talk” was a huge hit worldwide. Even bitter 1D fans were leaving comments like, “I wish I could hate this song!” And we have a feeling they’re going to be saying the same thing about Malik’s new single “It’s You.”

In his first-ever solo TV performance, the 23-year-old singer absolutely killed it. You could tell the audience was feeling the tune, which is allegedly about former fiancee Perrie Edwards, “Tell me your lies / Because I just can’t face it, It’s you, it’s you / It’s you.” He sings.

In addition to the great performance, Malik was also nice enough to reveal his cover art for his debut solo album, and it’s probably going to make you say “Awww!” Adorable, right? Stop hating on the guy. One Direction and Zayn Malik can both be successful at the same time. You don’t have to pick a side! JUST ENJOY THE MUSIC!