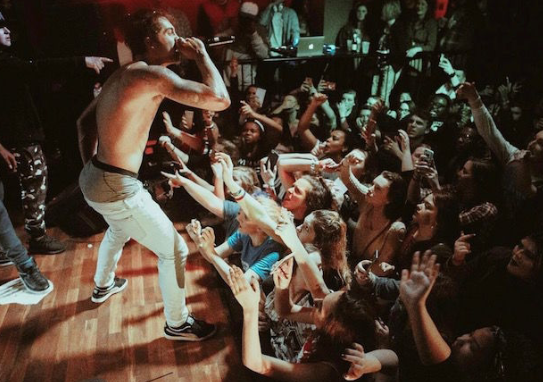 Up and coming rapper’s concert turns to riot A Skate Maloley Concert at Webster Hall in New York ended in a riot, when fans and security got into a brawl. Maloley got involved when he thought he saw a security member choking a fan, and claims security attacked back with physical violence and tasers.

Right now, there are no planned arrests as it’s unclear what started the frenzied scene in the first place. Skate Maloley took to social media to address the assault.

My whole team got assaulted buy them and that’s it. I’m just most sad and upset that yall had to expierence that. And also miss the show. Security has no right to assault me nor my family, I will die for them. Once again I have nothing but love for every single NYC fan.

More than a few clips of the scene can be found online, including the one below showing Skate being attacked.