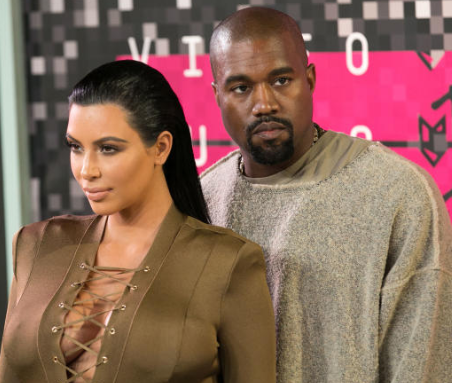 You all know Kanye West has always been a little strange, but it seems like he’s been super strange the past few weeks. It almost seems like he is two different people. There is the nice and thoughtful guy while talking to the paparazzi, and then you have the crazy/mad/self-obsessed genius on Twitter.  It truly is entertaining to watch, which is probably why Kanye is doing it.

But just in case he really is going crazy this time, Kim Kardashian has allegedly ordered him to get some professional help.

This coming from a “family source” who spoke with Us Weekly.

Kim is very concerned and frustrated. She and Kanye are having big problems that are escalating. Kim has demanded that Kanye get therapy.

Of course, the beauty of sources is that the site reporting the quotes doesn’t have to prove they are legit, so it’s almost impossible to figure out when you’re getting an actual source who knows what they’re talking about. However, since Us Weekly is a pretty popular website, you’d think they would attempt to verify these claims before publishing, so maybe there is something to this therapy talk.

The source adds that Kanye hasn’t agreed to Kim’s proposal yet, but maybe just the threat of therapy was enough to calm Kanye’s Twitter game down.

Why do we say this? Well, because Kanye went on another Twitter rant early Wednesday morning, and it was actually pretty tame compared to his previous ones. This latest rant was inspired by music producer Bob Ezrin’s critique of West in the Lefsetz newsletter.

Unlike other creators in his genre like Jay Z, Tupac, Biggie [Smalls] or even M.C. Hammer for that matter, it’s unlikely that we’ll be quoting too many of Kanye’s songs 20 years from now. Instead Kanye’s greatest achievements have been in the form of excessive behavior, egomaniacal tantrums and tasteless grandstanding.

Pretty harsh, right? The Kanye from one week ago might have threatened to murder Mr. Ezrin, but the new and improved Kanye didn’t go that far… That’s going to be my new thing now. I’m going to insult people in real life, and then be like, “ALL POSITIVE VIBES THO! AY MAN…WE COOL? I KNOW I SAID YOUR WIFE LOOKED LIKE CARROT TOP’S PREGNANT SISTER, BUT REMEMBER…ALL POSITIVE VIBES!”