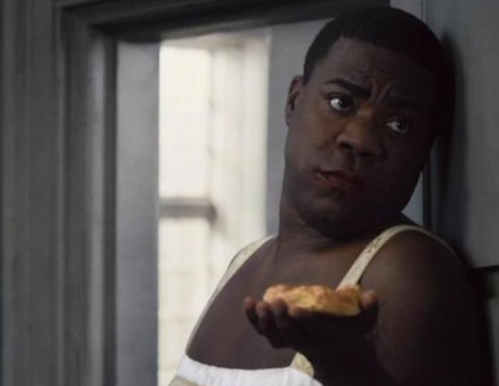 The Oscars Went On For Over 180 Minutes, We Have The Only 30 Seconds Worth Watching (VIDEO) We are sure most of you people out there who aren’t fans of being tortured waited to turn on the Oscars until there were only 30 minutes left. But some of us were forced to watch the entire ceremony, and 99% of it wasn’t worth watching.

However, there was one special sketch that had everyone rolling on the floor laughing. And like most things that bring us humans great pleasure, this moment didn’t last long.

What moment are we talking about? We are talking about Tracy Morgan’s parody of The Danish Girl. It was hilarious, brilliant, magical, and orgasmic. If the Oscars truly cared about diversity, then this 29-second clip should have been nominated for Best Live Action Short Film.

Still can’t believe we almost lost him. This dude could knock on your door at four in the morning and tell you that your father died of a heart attack, and you’d still be laughing your a** off.

Now that I think about it, that’s a great idea for an app: Bad News Tracy. Need to break up with someone? Let Tracy’s voice do it for you! Did you accidentally run over your neighbor’s dog? Let Tracy give them the bad news! Did you cheat on your wife with the nanny? Tracy has it covered!