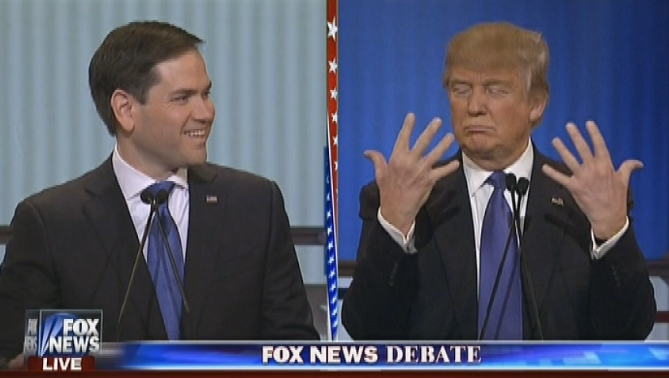 And no one likes power more than Donald Trump. He probably makes his wife call him, “Mr. Power” while they’re having sex. Oh, and you can bet they are having loads of sex, because according to the man himself, he has a huuuuuge penis.

How could we possibly know this information? Well, he said it during a freaking debate. The republican debates are now mirroring arguments you had with your friends back in middle school. I honestly thought someone was going to pull out the, “YEAH? WELL, WELL, WELL…YOU DEBATE LIKE A GIRL!” card.

The saddest thing about this whole thing? That’s going to win him more votes. He knows how to play the game and that’s why he’s winning.

Clinton vs. Trump…are there really any winners here?