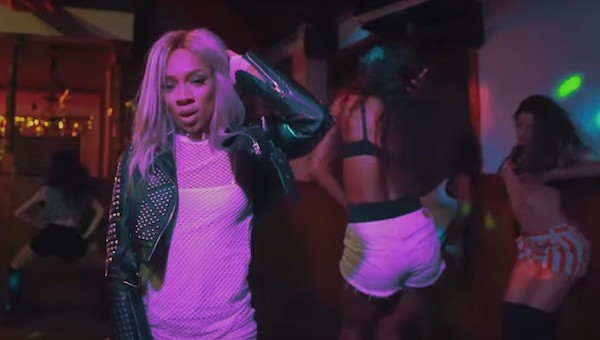 Lil Mama is one of those personalities that people love to hate. Hate might be a strong word. More like poke fun at. She even often times pokes fun at herself. I give her credit because she is not afraid to put herself out there, knowing that the criticism and viral internet attacks are coming. Her crying meme is one of the most popular and funniest meme’s of 2015. I’m sure you’ve seen it; it’s mostly used for relationship jokes, but anything that could create a sad tear in your eye would apply. Here’s a few examples if you haven’t seen it I think you get the idea.

Despite being a known target, Lil Mama threw caution to the wind and hit us with a cover to something that really doesn’t need a cover. When the original is perfect, you really open yourself up for criticism. However, Lil Mama is no dummy. She knows that covering something that is popping in a timely manner brings her jokes but along with those jokes come brand recognition, even the viral Memes. She has been able to bank off of all the attention to the tune of $6 million. We are even writing about it, so obviously it has worked again for her.

As far as her cover, I have to say that it’s not too bad. Well, her verse is fire but someone should have told her not to sing. Maybe Rihanna will tap her for the remix, or not. What do you think?