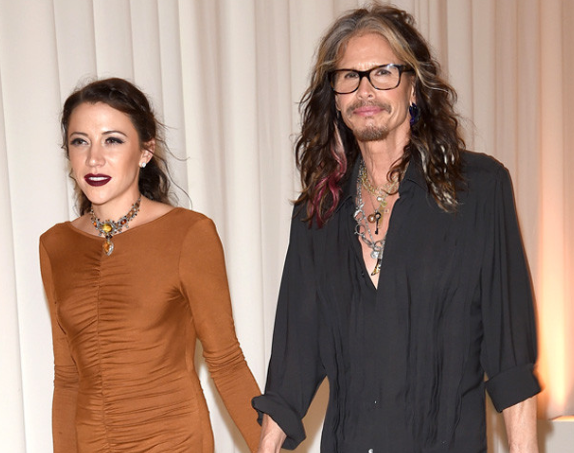 During Steven Tyler’s brief time on American Idol, he made it pretty clear that he enjoyed the younger ladies. In fact, there were multiple videos uploaded to YouTube showing his constant moans and growls when an attractive girl would show up for an audition.

Back in 2014, we heard rumors claiming Tyler was dating his longtime assistant Aimee Preston after they were spotted taking a vacation together in Hawaii. At the time, Preston was 26-years-old.

Nothing was ever confirmed by either one of them, so the reports just went away for a year or two. But now it looks like they’re ready to go public with their relationship. The 28-year-old assistant was seen holding Tyler’s hand at Elton John’s Oscar viewing party a little over a week ago. According to the report, the couple made sure to keep their PDA to a minimum while the cameras were around, but sources claim they made their love for each other clear inside the party. Before Preston, Tyler was engaged to Erin Brady, who was in her late 30s at the time. She was apparently too old for him.