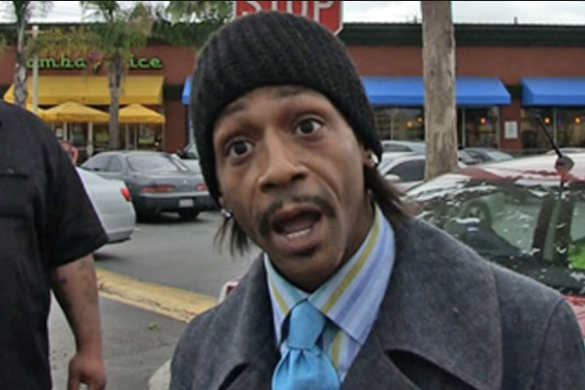 Someone Needs To Help Katt Williams, Comedian Is Arrested AGAIN After Cops Find Drugs And Guns Inside His Home! It’s not even a joke at this point. When we say someone needs to help Katt Williams, we truly mean it. It’s reached the point where making fun of him doesn’t feel right anymore.

Throughout his life, he’s constantly been in trouble with the police, but the past few weeks have been insane. Back in late February, we told you that Williams was arrested inside a pool supply store after punching an employee. He was also accused of holding five women at gunpoint, and he allegedly got into another fight in Los Angeles while helping a group of “rappers” after a car accident.

Apparently, they started making fun of his height (he’s 5’5″) and he decided he wasn’t going to take the abuse so he punched one of them and told them to shut the hell up.

Now we have learned Katt has been arrested again after officers found lots of weed and several firearms inside his house while serving a search warrant. The warrant was part of an investigation into the comedian that began back on March 1 when one of his bodyguards claimed he was beat with a baseball bat after refusing to engage in criminal activity with the superstar. Of course, Katt was too afraid to actually beat the bodyguard himself. He just yelled death threats at him while ordering others to beat the poor dude.

After the search of Katt’s home, police arrested him and charged him with terroristic threats, aggravated assault and false imprisonment. More charges for the weapons and drugs will follow.

Hopefully he finds the help he needs. He’s going to mess around and kill someone. It’s a shame, because at one point, he was one of the funniest dudes in the comedy world.

This is still one of my favorite clips…