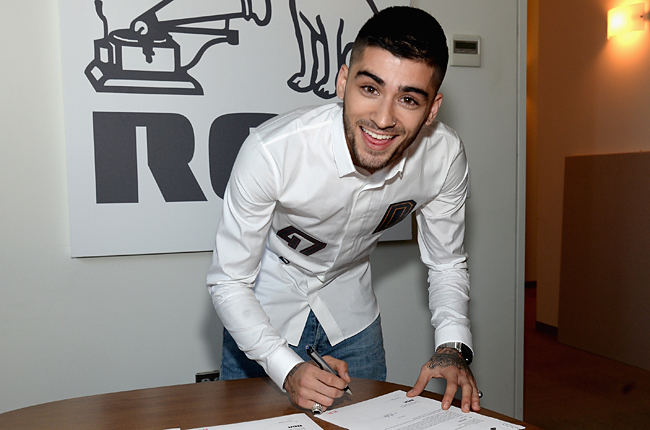 Zayn Malik Shocks Fans with a Face Tattoo, but is it Real? Also Takes Heat for Still Sounding Like One Direction With Latest Single. (Audio) Friday Zayn posted a picture of a face tattoo that has fans and even famous tattoo artists going crazy. The tattoo says M.O.M but it’s not in honor of his mother. It’s a tribute to his first album that is due out in just two weeks: Mind of Mine.

Why it could it be fake?

The caption on the Instagram post says “Like I would”. Although that happens to be the name of his latest single off the album, it’s not necessarily something that you would say when showing off an extreme tattoo like that. Famed tattoo artist Kevin Paul was so upset about the ink he said that Zayn would end up regretting the tat. He explained to the Mirror,

The placement is really bad, considering he doesn’t have any other tattoos on his head.  I think he’ll end up regretting it and it would be hard to cover up without making the new design a lot bigger and darker.

Out of everyone in One Direction, Zayn had the best tattoos, but this is not one of them

I hope that it’s fake but even if it’s not, Zayn’s life will be no better or worse. It’s not like he’s going on a job interview anytime soon. If you or I got a head tattoo it definitely wouldn’t be a good idea but for a celebrity, it’s just something to do on a Friday.

Fans are saying that the song sounds just like a One Direction Song. One fan took to twitter and wrote: Like i would by ZAYN is literally I would by one direction just with dumb ‘ah and ohs’ and club music in the background.’

There is one difference. That check doesn’t have to be split 5 ways. Zayn can take it to the bank all by himself.

Here’s the official Audio – What do you think?