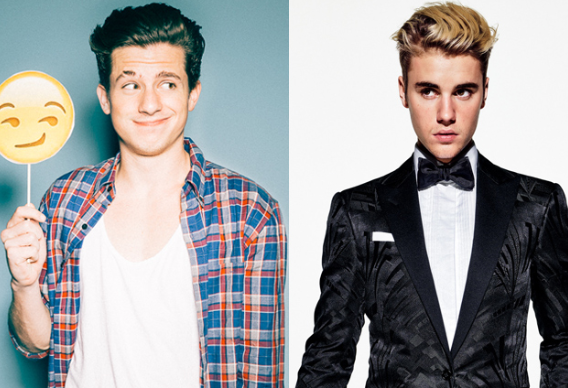 Might we be looking at the start of a new feud? Will Charlie Puth vs. Justin Bieber be the next UFC match to capture the world’s attention? Probably not.

Mr. Puth was performing in Dallas, TX, on Friday night and he was feeling himself a little bit. The crowd was pumped, they were screaming his name, and during his single “We Don’t Talk Anymore,” a song he first recorded with Selena Gomez, Puth decided to take a little shot at Bieber.

“F–k you Justin Bieber,” He said during the middle of the song, which surprisingly got a lot of cheers from the crowd.

Before you Beliebers send out a team of 13-year-old trained killers to murder Puth, we should mention that he did briefly apologize for the incident on Twitter. He also claimed he was only joking, but even this apology is a little confusing because he apparently deleted the tweets shortly after posting them to his account. I totally get it Puth! When I want to make my grandmother laugh with a joke, I always start it out by saying, “F–k you, granny! Your chocolate chip cookies haven’t tasted the same since you fell in the shower and broke your arm.”

She loves getting insulted. If I REALLY want to make her laugh, I’ll kick her in the face while I’m saying it.