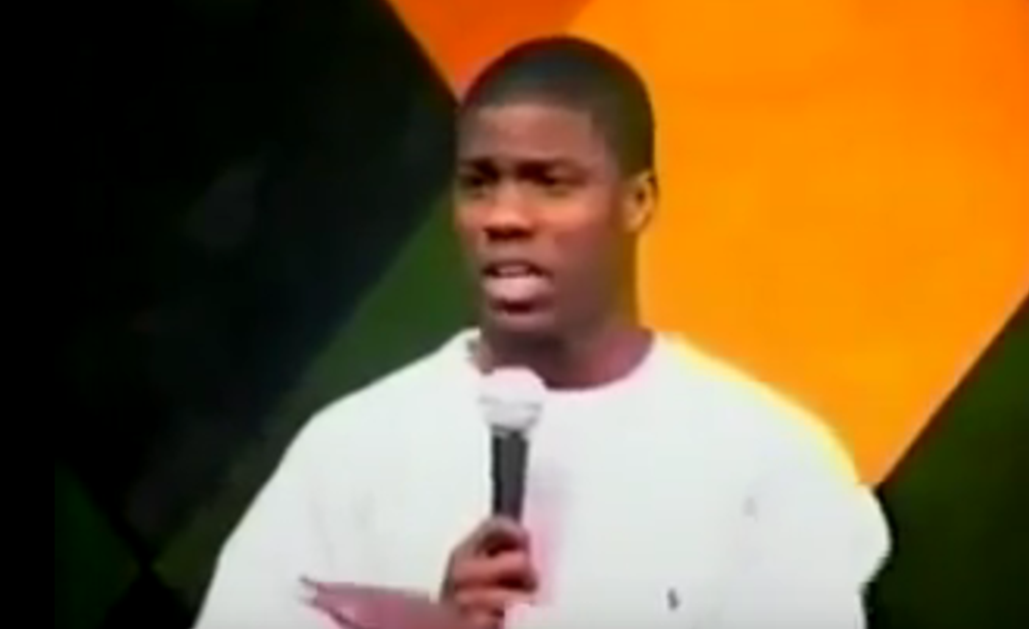 This is one of those videos that surfaces every now and then, but when you want to show your friends, you can’t find it, or the link you had went dead. You can thank us because we found it!

Now at 36 years old, Kevin Hart is considered an A-lister but his career wasn’t always as glamorous and celebrated as it is today. Kevin grew up in Philadelphia where he attended George Washington High School in Northeast Philly. He worked as a shoe salesman until he performed at an amateur night at The Laff House.  As they say, it was “on” from there.

He performed under the name of “Lil Kev” and admittedly his first few shows didn’t go well. In a 2012 interview with the Chicago Tribune, Hart says that he was booed frequently and in fact one time someone even threw a half-eaten chicken wing at him.

In the clip you see below, there’s no booing and no flying chicken. You can see some of the same self-deprecating humor that he is now famous for; it’s interesting to see how it’s evolved to his stand up routine of today where he has perfected it.

With an early movie career with such highlights as “Soul Plane”, who would have thought that Kevin would be the 2nd highest paid comedian in 2015, only to be topped by Jerry Seinfeld.

His net worth is now estimated at $62 million dollars and rising. This video clip is where it all started. Like I said it looks like he’s always been pretty damn funny.