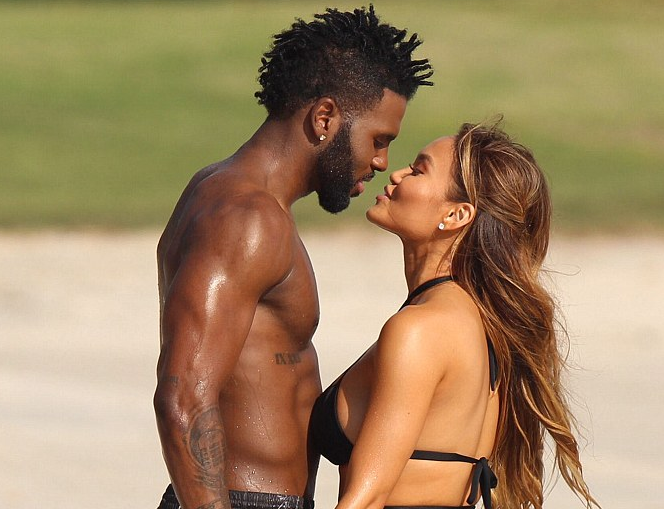 Women apparently love guys who aren’t afraid to scream their own name in bed. Jaaaassoooon Derulo is always landing some beautiful girls. We all know about his relationship with Jordin Sparks, and I don’t know if you’ve seen Sparks lately, but she’s almost too beautiful. She has this heavenly quality that makes it almost impossible to have naughty thoughts about her.

And the keyword there is almost, because I still…

…sorry. I’m getting off topic here. The original point was that Mr. Derulo is doing just fine with the ladies. He’s moved on from Sparks (he actually moved on during their relationship) and now he’s dating 50 Cent’s baby mama Daphne Joy.

The 29-year-old model and the 26-year-old singer went on a romantic vacation together down in Mexico. And the photos don’t lie, they could NOT keep their hands off each other. Can you really blame them though? With bodies like that? You’d want to squeeze on those cheeks too. Don’t lie.

According to the reports, Jason and Daphne have been dating since fall 2015. Back in November, a source told E! News the following…

Could Daphne be his one true love? Probably not. But we’re willing to bet he doesn’t care right now…