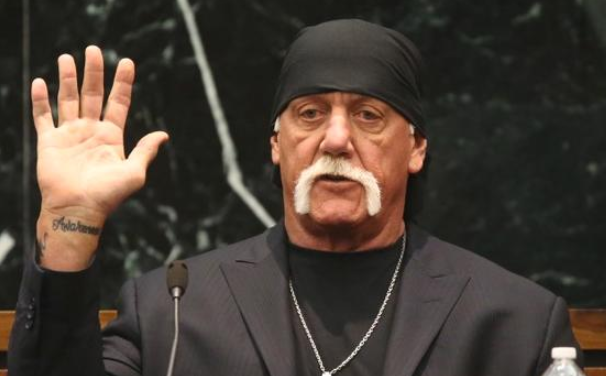 Hulk Hogan Keeps On Winning, Awarded Another $25 Million In Sex Tape Lawsuit To Bring Total To An Impressive $140 Million! The three greatest things in the world? Money, sex and privacy. And Hulk Hogan is about to get a lot of money because his privacy was stolen from him while having sex. You all know the story, the former WWE superstar was totally embarrassed in 2012 when Gawker published a two-minute video featuring the wrestler having sex with his friend’s (Bubba Clem) wife, Heather.

Hogan argued that the tape was made without his knowledge, and when Gawker refused to take the tape down, he lawyered up and asked for $100 million in damages. Gawker has argued from the beginning that including the clip in its story covering the incident was newsworthy and should be protected by the First Amendment.

Unfortunately for them, they were the only ones who felt that way. As most of you probably know, the jury working the case awarded Hulk $115 million last Friday in compensatory damages.

And on Monday, the total shot up to $140 million, thanks to the jury awarding Hulk another $25 million in punitive damages. Gawker Media will have to pay $15 million, the owner of the site Nick Denton is being forced to take out $10 million from his deep pockets, and the editor who posted the story/tape is expected to pay $100,000. This all following a two-week trial in Florida. Video from the trial was being shared all over the internet this weekend, and it’s easy to see why the jury is being so hard on Gawker. Most of their employees gave off some super douchey vibes during the trial.

Check out this clip where Denton is forced to read the disgusting story that was published with the original sex clip on their site. Skip all the way to the 1:36:00 mark.

Hogan’s legal team was extremely impressive. As for Gawker and their team? Well, they are obviously disappointed, and they feel like key evidence wasn’t allowed in the courtroom. Denton told US Weekly that he believes, “key evidence and the most important witness were both improperly withheld from this jury.”

The important witness being Bubba Clem, who was allegedly going to argue that Hogan knew he was being filmed.