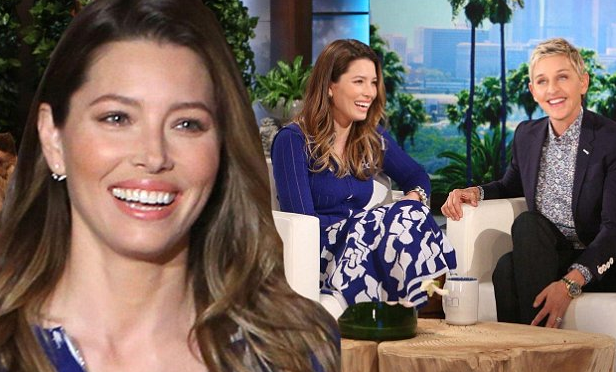 Is Jessica Biel Pregnant? Find Out What She Told Ellen About The Rumors! (VIDEO) Some silly rumors have been floating around the internet lately, and if you believe them, Jessica Biel is pregnant with her second child. That’s right, Justin Timberlake will be the proud father of two children now.

Except not really. Biel was on The Ellen DeGeneres Show Thursday to promote her new restaurant, Au Fudge, and talk about life with Justin and their 11-month-old child Silas. During the interview, the pregnancy rumors were obviously addressed.

And it was pretty clever how they did it. Ellen and Jessica managed to trick the studio audience into thinking Biel really was pregnant with her second child.

There you have it, folks. You can stop with the pregnancy rumors because all they’re doing is making Jessica believe she is developing a gut, which she is most certainly not. Justin is one lucky dude. Talented, rich, has an adorable baby and a beautiful wife. She’s also pretty hilarious too, I never realized she had that dry/dark sense of humor. It was on full display during the interview with Ellen.