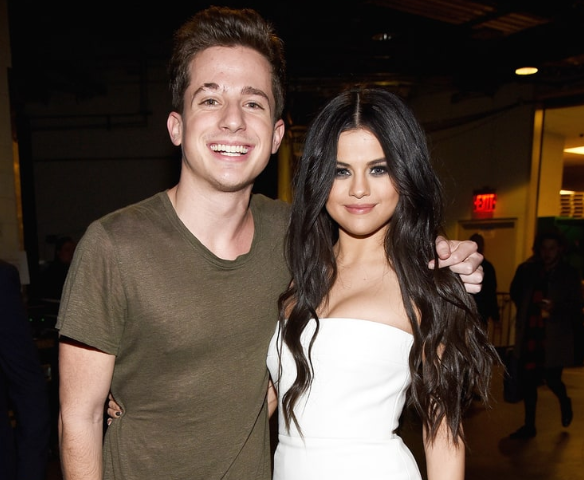 When you’re as attractive and talented as Selena Gomez, you can bet there are going to be loads of dudes (and gals) trying to get in your pants. I mean, have you seen Selena’s Instagram lately? Every post is straight fire. The photo you see above was a recent Instagram post.

Last week, it looked like Justin Bieber took over 1st place in the race to win over Selena’s heart. However, sources are saying things have changed. It’s too early to count Charlie Puth out.

As some of you may know, Puth pissed off Belieber nation after saying, “F–k you Justin Bieber” during a recent concert in Texas. He said it while singing the track he recorded with Selena Gomez, We Don’t Talk Anymore. And even though he later apologized for it and claimed he was only joking, it looks there might have been some real feelings behind the slam.

Sources are telling Us Weekly that Puth’s friendship with Gomez is beginning to get more romantic by the day. “It’s not serious, but she’s super into him,” the source told the website, which doesn’t make a lot of sense…but that’s pretty standard for sources. Nothing they say ever makes complete sense.

Back in November, Puth told Us Weekly that he feels like Selena is one of the only people who get him.

I don’t know if anyone really understands me. Which is why I hang out with Selena Gomez. She gets me.

Hmmm. It definitely sounds like he’s carrying around a huge bag of the feels. And that bag will only get heavier when he joins Selena on her Revival Tour in May.

Whoa…calm down! Don’t slap the messenger!