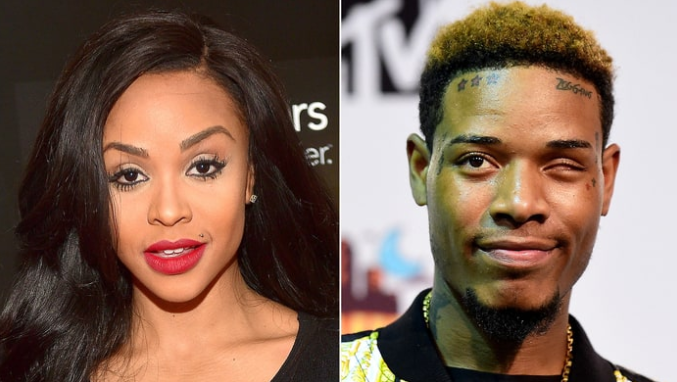 Fetty Wap Rushes To The Hospital To Welcome The Baby Girl He Claimed Wasn’t His! All pregnancies are a little tumultuous, but 30-year-old Masika Kalysha had to deal with more drama than the average mother during her pregnancy. As some of you may know, Fetty Wap denied he was the father during an interview back in January.

The 24-year-old rapper claimed he and Masika were never serious while talking with The Shade Room, “I wasn’t just no random dude in the club. You know what I’m saying’? She knew I was gon’ be there. Congratulations to her and whoever is the [father].”

Snapdizzle, right? But according to Masika, Mr. Wap eventually came around. She told Us Weekly that the rapper promised to be at the hospital when the baby was born, “He’s only said, ‘I’ll see you at the hospital. See you when our baby’s here.'”

And you know what? He wasn’t lying. The former Love & Hip Hop: Hollywood star went into labor just after 12 p.m. on Tuesday in Los Angeles.

When Fetty Wap got the call, he jumped on the next flight to California.

Hours later, their little baby girl was born. Kalysha jumped on her Twitter account to let all her followers know how excited she was. Congrats to the new mother! Hopefully she and Fetty Wap have all the drama behind them. No time to argue now! There are diapers to be changed!