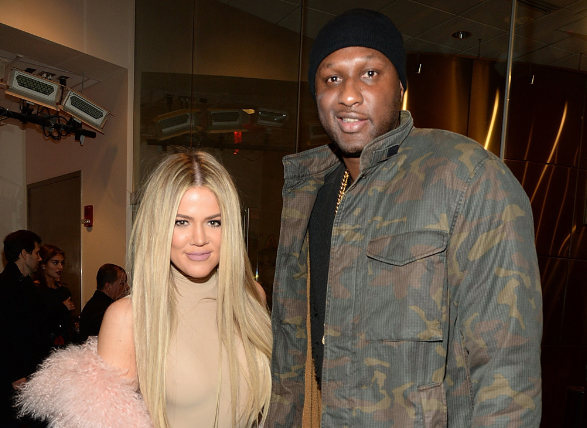 More Details About Lamar Odom’s Bar Adventure, Find Out Why “Sources” Can’t Seem To Agree On Anything! Do you want to be confused? Well, great! You are in the right place. Grab a drink and relax because literally nothing makes sense anymore. As you all know, Lamar Odom was hanging out inside a bar early Sunday morning before attending Easter church services with the Kardashian family.

Obviously, this concerned a lot of people because he has struggled with addiction in the past. We hate to bring it up again, but he did almost die last year because of cocaine and sexual enhancement pills. And even before that, he severely damaged his relationship with Khloe because he was constantly cheating on her and doing drugs with his friends.

Someone like that shouldn’t be hanging out inside bars, drinking with their friends just a few months after learning how to freaking walk again. But according to insiders who spoke with E! News for a long report on the incident, Odom doesn’t having a drinking problem.

Lamar has no issues with drinking. He was not drunk or out of control after his bar visit. He is well aware of what he is doing and he is not going to f–k it up. Khloe supports him and is still taking care of him. She is really pleased with how well he is recovering.

Awesome, right? End of story. Let’s move on…but wait! What’s this? There is another source who has important details? AND THEIR INFORMATION IS ALMOST COMPLETELY DIFFERENT FROM THE FIRST SOURCE?

Welcome to the gossip world, folks.

This second source claims Khloe did not support his bar adventure, it’s just she knew there was nothing she could do to stop him. She was “obviously” upset about it and she is “worried,” but all she can do is be there for him when he needs her.

This second source seems to have the right idea, considering Khloe posted this tweet after the bar photos were released…

Not hard to figure out who/what she was talking about. Unless, of course, she happened to be wanting a bowl of cereal around this time and discovered she didn’t have any milk. We feel for you, Khloe. But just remember, there are 24-hour grocery stores. You can always find help.

Anyway, the truth is…most sources are just making sh-t up. It’s like gossip at the hair salon. Willow might claim Amy’s husband is having trouble getting an erection, but Brooklyn that heard Amy’s husband can get an erection, it’s just he’s disgusted by Amy’s new haircut.

AND DO YOU KNOW WHO CUT AMY’S HAIR? WILLOW! THAT BITCH!