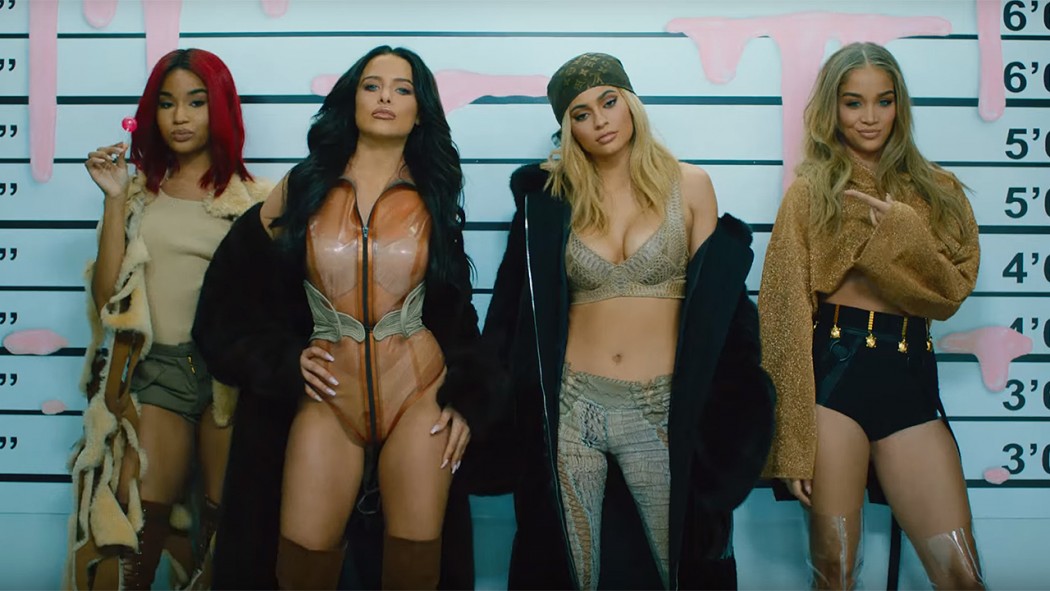 Who is Colin Tilley? Tilly is a 27 year old video director who has worked with the likes of Chris Brown, Nicki Minaj, Zenday, Tyga, Jason Derulo, Diddy, and the list goes on. He was also the man behind Niki Minaj’s Anaconda video but I won’t hold that against him.

It’ s not clear where this video will be shown other then on Youtube, but honestly with Kylie Jenner’s social media pull, it really doesn’t have to be shown anywhere else. In it’s first day, it’s already received 1.2 million views.  Some music artists don’t get that many views after months or years. Why would she pay to have the video shown anywhere else when not only will Youtube show it for free, they will pay her for it.

The video is filmed like a mini movie with a plot based on a girl gang robbing what appears to be some “bad guys”who have come across the cash by illegal means themselves; sort of like vigilante justice…with heels and breasts.  Although Kylie is just the getaway driver, her pouty lips are prominently on display along with a shot of her butt that I’m sure will generate millions of new male and female KJ fans (yours truly included).

In the video it appears as if each the girl bandits represents a shade of lip gloss and the names appear to flash on the screen throughout the clip:

While many media outlets just don’t get the video, I think they are trying too hard to make something out of nothing. Most websites are calling it a music video? Why? There are tons of commercials with music.

That ladies and gentlemen is what we call “SHADE”.  I’m giving more props to the Jenner/Kardashian team for keeping it sexy, edgy, cool and making bank.  Watch the 3 minute spot:

If you were wondering what song is being played in the video, it’s “3 Strikes” by Terror Jr., and can be found on Soundcloud