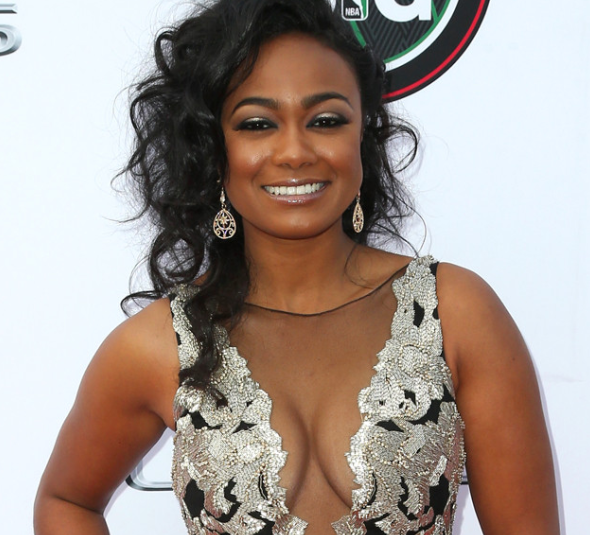 Congrats! Fresh Prince of Bel-Air’s Tatyana Ali Is Engaged AND Pregnant…Details Inside! Remember Ashley Banks from The Fresh Prince of Bel-Air? Of course you do. Tatyana Ali starred in all six seasons of the show back in the ’90s, and she has managed to keep herself busy out in Hollywood ever since, with roles in The Young and the Restless and Love That Girl!

And now at 37-years-old, Tatyana’s life is about to get more hectic than it has ever been. She made two huge announcements recently. The first one being she is engaged to her longtime boyfriend Dr. Vaughn Rasberry. The actress revealed they had been really busy planning their wedding, but then something magical happened.

Planning our wedding has been so exciting, but when we found out we were expecting, our perspective shifted completely. We want our ceremony to really celebrate our newest blessing!

That’s right! Tatyana and Mr. Rasberry are expecting their first child together. It’s certainly going to be an exciting year for the couple who met online via eHarmony.

She revealed they took things extremely slow at first. It was her first time trying online dating and she didn’t know what to expect. They allegedly sent each other letters for months before agreeing to Skype, which makes you wonder how we didn’t hear about this on MTV’s Catfish. I would have been super suspicious if I was Rasberry.

So, how did he pop the question? Tatyana told Entertainment Tonight the following…

He took me on a 45-minute hike in the Redwoods [in Yosemite, California], which he knows I absolutely love. [He] proposed in the most picturesque clearing. Just the two of us. It was so thoughtful and perfect. We’re best friends.