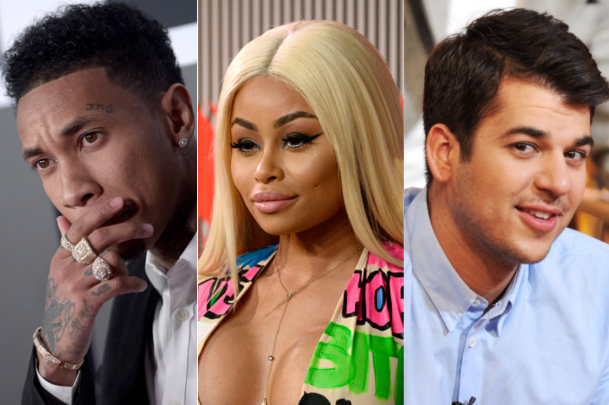 After just a few months of dating, Rob Kardashian asked Blac Chyna to marry him. And of course, she said yes because why wouldn’t she? What are the risks? Getting a divorce? That’s not a big deal anymore. It’s 2016, and getting a divorce is like pushing the door when it clearly says “pull” on the front. People will laugh and talk about it for a minute or two, but after that no one gives a sh-t.

So yeah, Rob and Blac are going to see how long they can successfully open doors together. If you missed the photos and videos of the spectacular ring, you can click on this link to check out our post from yesterday.

Now obviously there is/was a little drama surrounding this engagement. Kylie Jenner’s current boyfriend, Tyga, was previously engaged to Chyna. They even had a child together, King Cairo! This complicated mess has made it easy for Twitter users to make jokes like, “King Cairo trying to figure out if he gonna call Blac Chyna ‘Auntie Mama’ or ‘Mama Auntie.”

But you know what? Tyga is tired of the jokes. He jumped on his Twitter account yesterday and surprised everyone with his reaction.

Damn. That might not be enough to stop the haters, but it makes me respect him a little more.