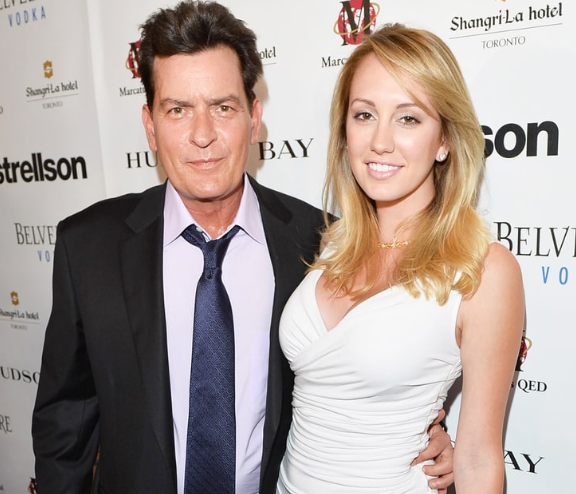 Uh-Oh! Charlie Sheen Under Criminal Investigation For Threatening His Ex-Girlfriend It looks like the relationship between Charlie Sheen and Brett Rossi was a huge mistake. There has been nothing but drama following them around ever since they called it quits in 2014 just a few weeks before their scheduled wedding.

As some of you might remember, Rossi filed a civil lawsuit against the 50-year-old actor in December 2015, accusing him of assault and failing to inform her he was HIV-positive when they were dating. At the time, Sheen’s lawyers called Rossi’s claims a “complete fabrication,” and said she willingly had sex with him after he told her about his condition.

That lawsuit is still pending, but now Sheen has a second problem. Entertainment Tonight is reporting that Sheen is now under investigation by the Los Angeles Police Department for allegedly threatening Rossi. An officer with the department confirmed the news to Us Weekly, saying that their threat management unit is currently leading the investigation.

Rossi’s lawyer, John C. Taylor, spoke briefly to reporters, “She takes this very seriously. She intends to do everything she can to protect herself,” he said.

According to sources who talked with The New York Daily News, this new investigation heated up when Rossi made the abuse claims during an interview with police recently and a separate 35-minute audio tape reported by The National Enquirer. Officers served the tabloid with a “lengthy search warrant involving Radar articles about an explosive audio tape of Sheen confessing that he lied to a sex partner about his HIV-positive status.”

We’ll keep you posted on this developing story.