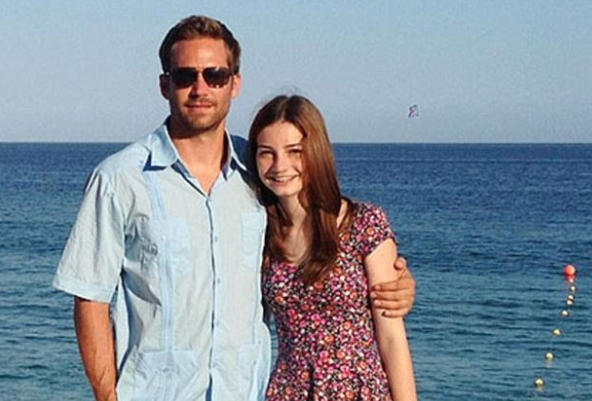 Earlier this week we told you that a judge ruled against the lawsuit filed by Roger Rodas’ widow. It was tossed out by the court because the judge didn’t see any actual evidence connecting design defects to the deadly crash back in 2013.

It was a disappointing loss for Roger’s family and a huge victory for Porsche. Now we are learning the Rodas’ estate took another hit. Paul Walker’s daughter, Meadow, has been awarded $10.1 million in a settlement from Roger Rodas’ estate.

Her lawyer, Jeffrey Milam, released a statement talking about the settlement and why he felt it was necessary…

The amount paid by the estate of Roger Rodas into a trust for Meadow Walker only covers a fraction of what her father would have earned as an international movie star had his life not tragically been cut short. Through his estate, Mr. Rodas, the driver of the car, took partial responsibility for the crash.

We don’t know how much of that settlement (if any) is coming directly from Roger’s estate. There is a good chance his insurance company is covering most of it.

Meadow will receive $7.2 million from the settlement. Milam is getting around $3 million for his work, and he’s not finished fighting for Meadow. As we mentioned in the report earlier this week, they are still going after Porsche, even after Rodas’ lawsuit was shot down.

The federal case was filed on behalf of Roger Rodas, who was the driver of the Porsche Carrera GT and was killed instantly upon impact. Meadow’s father, Paul Walker, was a passenger in the car. He survived the crash but was trapped and burned to death because of the vehicle’s defects.