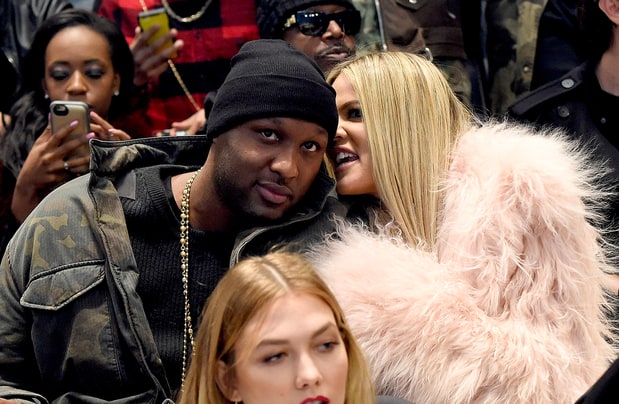 We all loved Khloe and Lamar together as a couple, but it just didn’t’ work.  We watched as Lamar abused women, abused drugs and eventually abused himself…almost to death. Khloe stood by him when we actually all thought he was going to die.  I certainly did.

With the help of the Kardashians (he’s still married to Khloe and on her medical benefits), he was nursed back to health.   Things appeared to be getting better every day and there was even a little hope that Khloe and Lamar might not get a divorce.  The two were seen dining together, walking together, Khloe even moved him into the neighborhood and spent Easter Sunday with him.  Everyone thought that everything was sweet, until pictures surfaced of Lamar hanging out at a bar.  I think this is when Khloe knew that there is only but so much that one person can do.  After sacrificing so much personally and emotionally, even having to postpone a recent taping of her now cancelled show to deal with the stress, Khloe has reached her breaking point and let everyone know. “Letting go doesn’t mean that you don’t care about someone anymore. It’s just realizing that the only person you really have control over is yourself.” Letting go….(Read More)