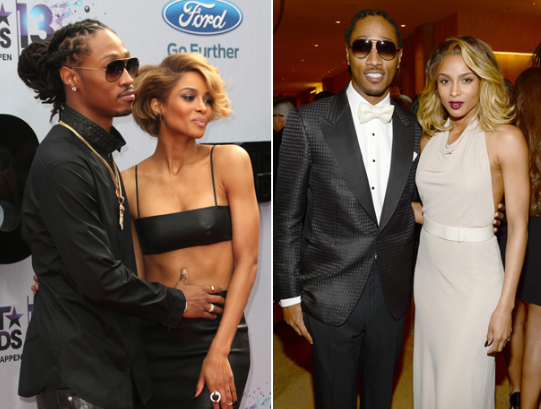 Daaamn! Future Fires Back At Ciara And Files Counter Lawsuit, Where He Slams Her “Nonexistent” Career! We are honestly a little shocked. Back in February, Ciara came out swinging against Future. She filed a lawsuit against her former lover, seeking $15 million in defamation and slander damages. Basically, she was tired of Future  insulting her on Twitter and during interviews.

It was hurting her career.

But two months later, Future is saying, “What career?” The 32-year-old rapper filed a counter lawsuit against his ex-fiancée, and he says you can’t damage something that’s not there. He called her latest album a flop, and claimed she only filed the lawsuit to bring more attention to herself, in a desperate attempt to revive her music career.

Not only does he want Ciara to stop talking bad about him to the press, but he also wants her to cover all the legal fees.

Looking at Ciara’s career in music, it’s clear to see her songs and albums aren’t performing as well as they did back in the early days. Her latest album, Jackie, debuted at just 17 on the US Billboard 200, and the first single from the album barely made the Billboard Hot 100 at 96.

However, her latest albums have been performing well with critics and it’s clear she still has a pretty strong fanbase supporting her, so to claim her music career doesn’t exist now is a bit of a stretch. Is it possible that Future is a little jealous? After all, Ciara appears to be VERY happy with her new fiancé Russell Wilson.

They are probably one of the hottest couples around, and let’s just say Wilson is pretty excited Ciara’s long legs wrap around his face every night…