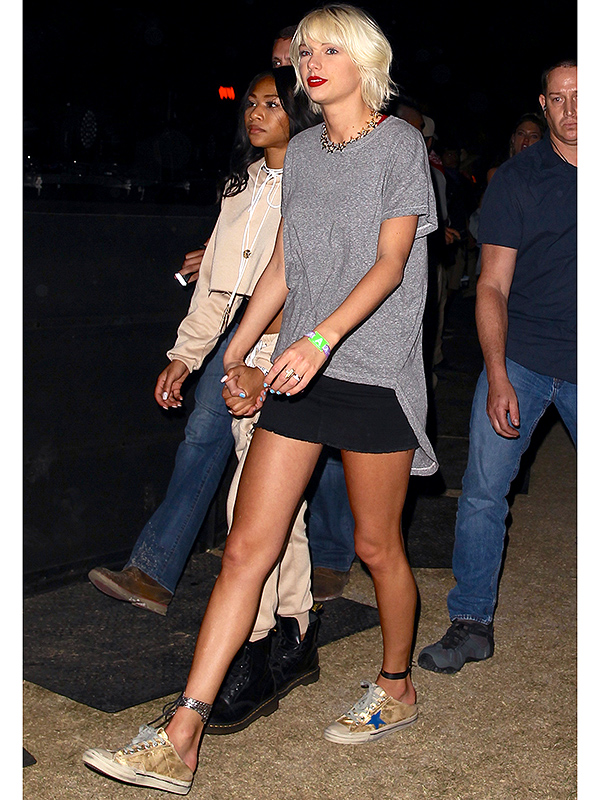 What’s up with Taylor Swift and weddings? Looks like she made a splash at the nuptials of backup singer Elliott Nicole’s wedding in Texas …in a white dress! Seriously, who does that?

The star took a brief trip from Coachella to make the San Antonio affair on short notice, so it’s pretty guaranteed her flub was forgiven. She attended the wedding with mom Andrea Swift.

This isn’t the first time there’s been some wedding drama surrounding Swift. In 2012, she reportedly crashed a Kennedy wedding and refused to leave. While Swift denied that, I think it’s safe to say she could learn a lesson or two in wedding etiquette. Lesson one? Never wear white unless you’re the bride!