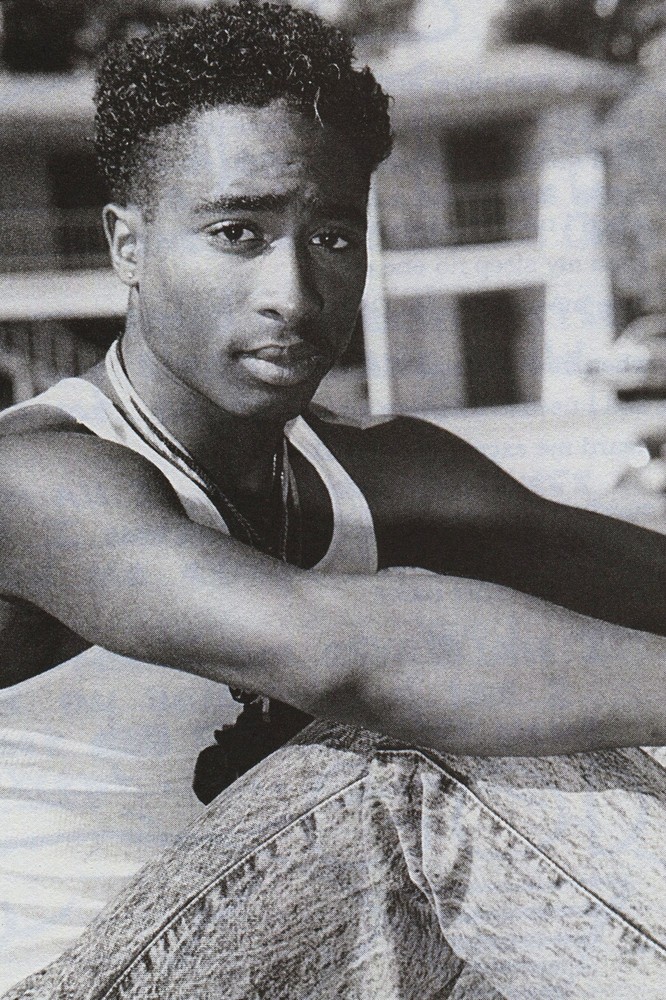 AHEAD OF HIS TIME: A Tupac High School Love Letter Surfaces; It Actually Has Hand Drawn Emojis! Tupac was ahead of his time and this letter is proof.  Written in 1988 the letter appears to be to someone he was crushing hard on.  We have all been there, but few of us had the writing skills of Young Pac.  It’s clear that even back then; he was passionate and not afraid to say exactly what he was feeling.

The letter is written to a girl he refers to as Beethoven, assuming he called her that because she had the ability to play the piano well and not because her first name was Ludwig.  Actually, she is the one who is selling the letter.

The letter is being sold on the “Moments in Time” website.  The person selling it has written a full description but you can’t see it well because the website doesn’t have it displayed so that it’s easy to read.  However, if you look hard enough, which is my job, you can make out the words.  She basically explains that she was in class with Tupac when he first moved to California from the school of arts in Baltimore.  She said he had a high top fade, bleached on the top, which was in direct contrast to the curls that were being rocked by black guys at the time.  She also says the two bonded because she was an outsider,

Tupac and I immediately bonded because we were both outsiders.  I was a bit of an outcast in my own right partly due to living right next to Marin City (the all black community where Tupac lived).  I used to get harassed and even, on occasion, beat up because I was white

Yep!  Shes white! That goes to show you, racial thoughts are taught and impressed on us from society.  Before the world beats you down, you see a white person as a person without a tan and a black person as a darker you.  Your experiences and society takes care of the rest, your feelings on race is based on a combination of your experiences and how well you are willing to educate yourself.  The more educated and exposed you are, the less likely you are to be a racist.  Excuse me while I step down from my soapbox.

The best part of this letter, is that it’s filled with Emojis!! If you have trouble reading it, I have written it completely out below: