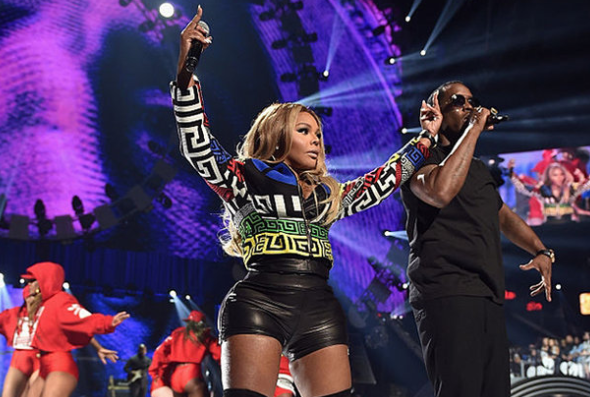 You probably won’t recognize rapper Lil’ Kim anymore. She shocked her fans on Sunday by posting photos of her new look on Instagram, and when we say new look…we mean SHE IS A COMPLETELY DIFFERENT PERSON!

She has long, bleach blonde hair and very pale skin. She looks like a Starbucks employee, and her fans are not happy about it. What da’ hell, right? Just in case you’re new here and can’t remember how she originally looked 10-15 years ago, please take a look at this photo from 2003. That’s a pretty crazy transformation, and the lovely people of the internet are obviously having a great time making fun of her.

This is what we do on the internet. We see an easy target and attack it, because trying to bring down the truly evil and powerful people in the world would just require too much effort.

Jokes are fun and we’re not telling you to stop, but maybe we should at least try to understand why she is doing this. Some people believe she just wants attention. After all, we certainly weren’t planning on making a post about Lil’ Kim this week.

But it’s probably a little deeper than that. This transformation wasn’t an overnight thing. She has been slowly changing for years now. She has been going down this road for a long time and it looks like she has finally reached her destination.

What made her take the trip though? Why did she feel like she needed to change herself so much? Because humans suck sometimes and people made her feel worthless. Back in 2000, the rapper talked about her self-esteem issues and how men seemed to always mistreat her.

All my life men have told me I wasn’t pretty enough–even the men I was dating. And I’d be like, ‘Well, why are you with me, then?’ It’s always been men putting me down just like my dad. To this day when someone says I’m cute, I can’t see it. I don’t see it no matter what anybody says.

You see that sh-t? That’s incredibly sad, but unfortunately it’s not all that uncommon. There are millions of people who feel this way. They have been abused so much that even when someone says something nice, they can’t believe it.

It shouldn’t be like this. We shouldn’t be so mean to one another, so let’s try to cool it with the Lil’ Kim jokes. She’s just trying to survive like the rest of us.