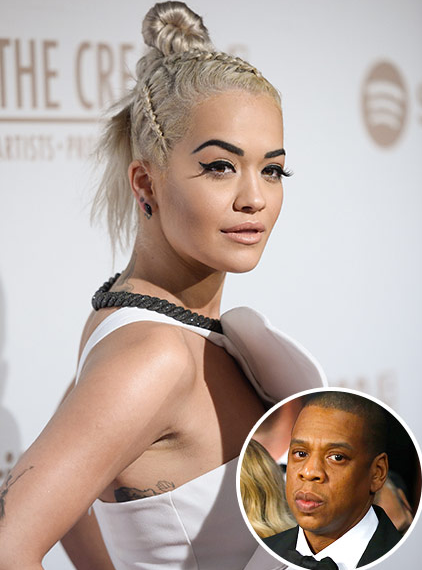 Say Whaaat? Could “Becky” Be Rita Ora? Find Out Why The Bey Hive Is Attacking Her Now! Were fans of Beyonce wrong from the start? As you should all know by now, nearly everyone on the internet has been trying to figure out who “Becky with the good hair” is. If you have no idea what we’re talking about, please click here.

Anyway, it was believed by many that fashion designer Rachel Roy was Becky. She was the one cheating with Jay Z, and she made things worse for herself by posting a strange message to her Instagram, where she talked about having good hair directly following the Lemonade release.

That’s when the Bey hive started to attack her on social media. Things got so bad she had to make her account private.

Fast forward a few days later and Roy is still getting some hate; however, some of the personal attacks are now going toward 25-year-old British singer Rita Ora.

Why? Because on the same night Beyonce celebrated her Lemonade release, Ora shared a photo on Snapchat, which shows her wearing a lemon embroidered top and a “J” necklace. Pretty strange, right? I mean…how many people just have a lemon top and a “J” necklace hanging around their house? Of course, she could just be doing this to mess with the Bey hive.

We’ll continue to keep you posted. As of right now, Becky could be anyone. It could be Rachel Roy, Rita Ora, Taylor Swift, your mother, etc. Keep your eyes open.