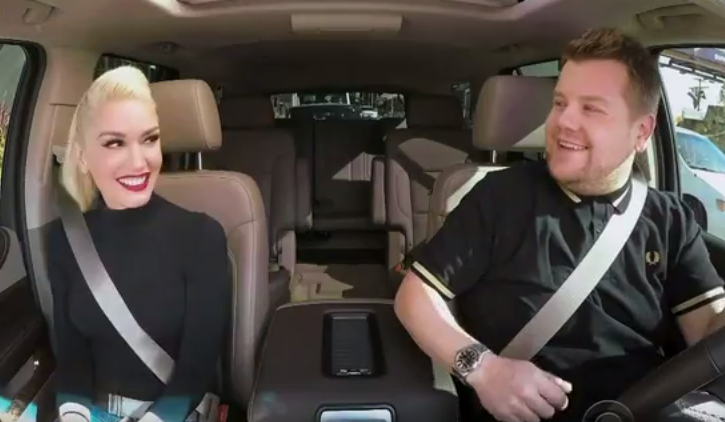 ‘No Doubt’ About It, Gwen Stefani Killed It During Carpool Karaoke With James Corden! (VIDEO) We are back again with another special edition of Carpool Karaoke. It’s the most popular ‘late night’ bit since Jimmy Fallon’s lip sync battles. Several A-list stars have joined James Corden on his highly entertaining ride to work, and we’ve covered a lot of them.

You had Justin Bieber (x2!), Jason Derulo, One Direction, Adele, and many more. It seems like all the stars want to join him, and we can’t blame them considering almost every video gets at least 5 million views. It’s great promotion and it’s a great time.

The latest star to enter Corden’s vehicle was the lovely Gwen Stefani. They of course played some ‘No Doubt‘ hits, a few of her new songs, and they briefly discussed her relationship with Blake Shelton. At one point, the late night show host had to point out the obvious and tell Gwen what we’re all thinking: “I feel like you are like Benjamin Button. You are not aging. I feel like you’re getting younger. You are just ageless.”

There are also a few surprise guests in the video, but as always, we’re not going to ruin the surprise. Just enjoy the video below, and don’t say we never gave you anything!