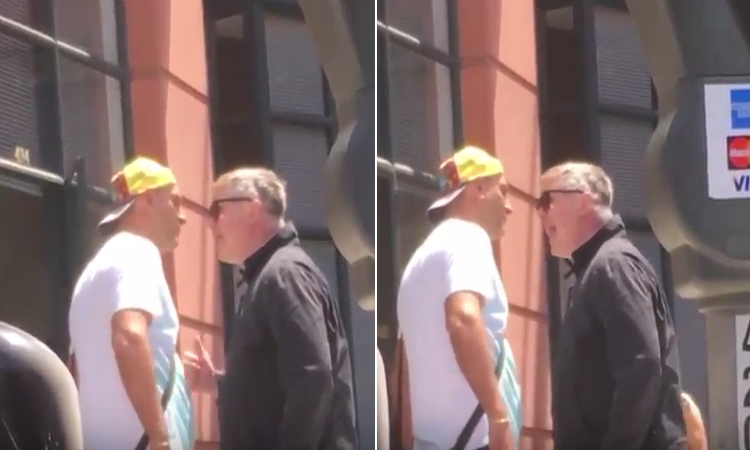 Alec Baldwin Seems Like A Miserable Person, Attacks Another Photographer And We Have The Video! Look. We understand. The paparazzi can be incredibly annoying and sometimes intrusive. There are times when a paparazzo should step back and move on. For example, if a celebrity is out walking or just chilling with their kids, the photographers should respect that and leave them alone.

But when you’re a celebrity walking down an extremely popular street in Beverly Hills with your wife who is a correspondent on Extra, and one of the most active Instagram users, then you should expect to have a few cameras snap some photos of you.

Alec Baldwin HATES the paparazzi though, and when you combine his disdain with his bad temper, you’re going to have a lot of extremely uncomfortable moments. I mean, this is a dude who got so angry he called his daughter a thoughtless pig. HE’S SAYING THAT TO SOMEONE HE LOVES!

Can you imagine what he would say to someone he doesn’t even care about? You don’t have to imagine. We have video. TMZ shared the video you see below, which shows Alec going off on a photographer in Beverly Hills. It appears that Alec is upset because the photographer was taking photos of his wife Hilaria, which again makes no sense because she’s also a celebrity.

Check it out below. Make sure your volume is at a respectable level. Alec has a strong voice.