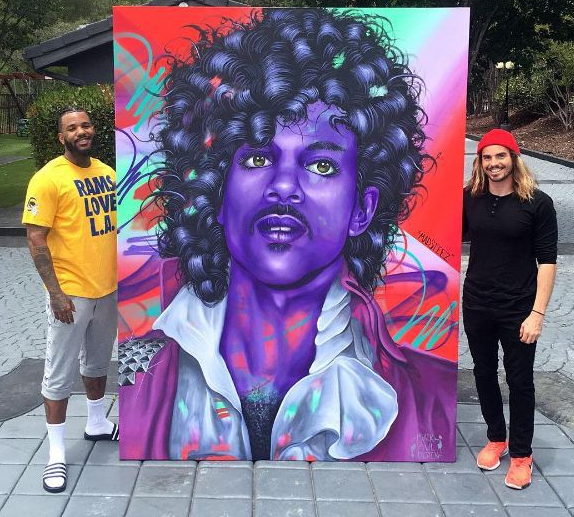 The Game certainly has enough money to make it rain all over California, but the 36-year-old rapper is more concerned with making it rain only in his living room. Or more specifically, making it purple rain inside his living room.

He hired a talented artist named Madsteez the day Prince died. He asked him to create a tribute piece to the late artist, and Madsteez definitely delivered. It took him over 100 hours to complete, and The Game dropped a cool $65,000 on the masterpiece, which picked out a shot from Purple Rain as inspiration.

According to TMZ, the “8′ x 6′ portrait is a combination of oil, acrylic and spray paints — and, as of Sunday, has been hanging proudly in Game’s crib.” Pretty neat, huh? I don’t think I’d ever drop $65k on a painting, but if I did, I’d be hiring Madsteez to create a painting of Gary Busey eating cotton candy at a minor league baseball game.

But enough about my strange dreams. The Game had a dream of his own, to work with Prince before he died. And he was super close to living that dream, but he let dirty language stand in his way. Seems like a silly move on his part, but you can watch him explain his decision in the clip below…