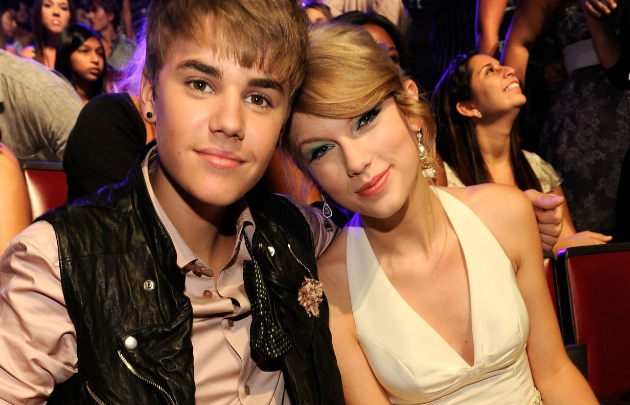 If we travel back in time to 2011/2012. Back when Taylor Swift was still singing country songs and Justin Bieber still had flippable hair. You’ll remember that the Biebs and T-Swift were actually friends. Heck, Bieber even pulled a prank on Swift when the MTV show Punk’d tried to make a comeback.

But their relationship went downhill fast when Bieber started his tumultuous relationship with Selena Gomez. T-Swift was best friends with Selena, and she didn’t appreciate how Bieber was treating her.

I mean, who could forget this moment when Swift nearly puked when she saw the Biebs kissing Gomez backstage?

But now that Justin has completely changed his ways. Instead of playing with girls and obsessing over his bod. He’s playing with squirrels and talking to God. That’s apparently something Swift can support.

Bieber posted the video you see below to his Instagram account the other day. In the video, you can see him rocking out to Swift’s classic song, Teardrops On My Guitar.

You can see he’s trying to hold back a smile in the beginning, which makes me wonder if he was making fun of the song in a strange way. However, it’s completely possible he just finds the humor in two dudes jammin’ to T-Swift inside a car.

Either way, Taylor saw the video and she liked it!

Does this mean their feud is over? WAIT, DOES THIS MEAN THEY COULD CREATE A SONG TOGETHER SOON? BECAUSE THE INTERNET WOULD EXPLODE!