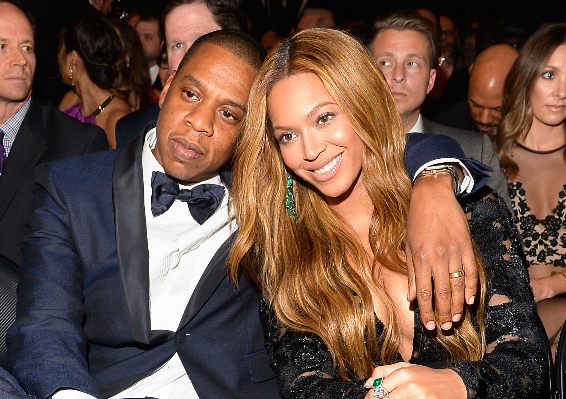 Jay Z Responds To Beyonce’s ‘Lemonade’ In New Rap, We Got His Lyrics Inside! All we can say is…it’s about time! Now that the internet has calmed down and has had time to process Beyonce’s visual album Lemonade, Jay Z has decided to break his silence. It’s been about one month since members of the Beyhive went hunting for “Becky with the good hair.”

They never did find her, and that’s probably for the best. But still, the truth had been released. At some point during their marriage, Jay Z obviously messed up big time, and this event (whatever it was) probably happened around the time Solange attacked him inside an elevator.

Well, now Jay Z is responding to the drama surrounding his marriage. He released a remix of Fat Joe’s new song All The Way Up, and the 46-year-old rapper/entrepreneur touched on a little bit of everything in his opening freestyle. HIS THOUGHTS ON LEMONADE

During the freestyle rap, Jay Z dropped this line: “You know you made it when the fact your marriage made it is worth millions. Lemonade is a popular drink and it still is / Survival of the littlest.”

The rapper also talked about the late Prince, whose catalogue is on Tidal: “Prince left his masters where they safe and sound/We never gonna let the elevator take him down.”

If this response wasn’t enough for you, don’t worry! We have every reason to believe Jay Z will reference Lemonade again soon. A source close to the couple claims he’s working on an album that will tell his side of the story.