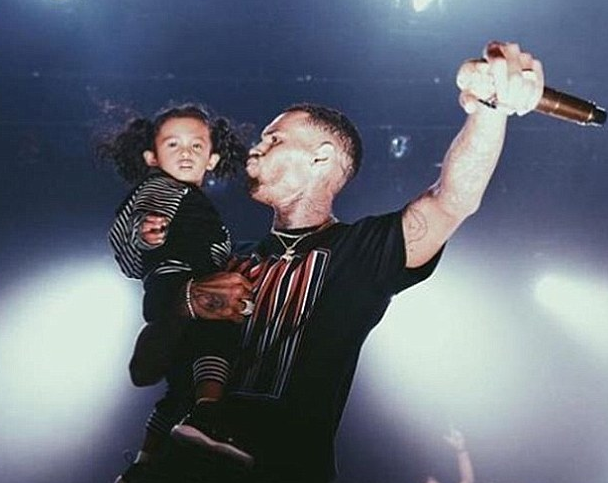 Today? Today is a good day for Chris Brown. Last month, his baby mama Nia Guzman filed papers claiming the singer was unfit to take care of their daughter Royalty without supervision. She wanted his visits to be severely restricted, because she believed Brown was using drugs around their daughter.

But it looks like she’s the only one who believed that. The judge working the case rejected her request in court on Tuesday. Brown will continue to have 12 days (unmonitored) with his daughter every month. Reports say Nia is also hoping the judge will increase her child support payments.

Currently, she’s getting around $2,500 a month, which seems pretty reasonable. But sources say she wants waaay more than that. According to the reports, Nia wants $16,000 a month, which is completely ridiculous. If you need $16k a month to raise one child, you need to learn how to handle your money.

The court appearance on Tuesday didn’t address the child support concerns, so we’re still not sure which way the judge might go. However, we don’t see the amount jumping to $16k. It could go up a little though. It has been extremely interesting to watch this parenting relationship develop between Brown and Guzman. When we first learned that Brown had a baby, the internet was filled with, “CHRIS AIN’T READY TO BE A DADDY!” comments. And we can certainly understand why people were saying that.

But surprisingly, being a dad was the best thing that has ever happened to Brown. He appears to be more mature than he’s ever been in his life. His friends, family and even people who don’t like him have praised his parenting skills.