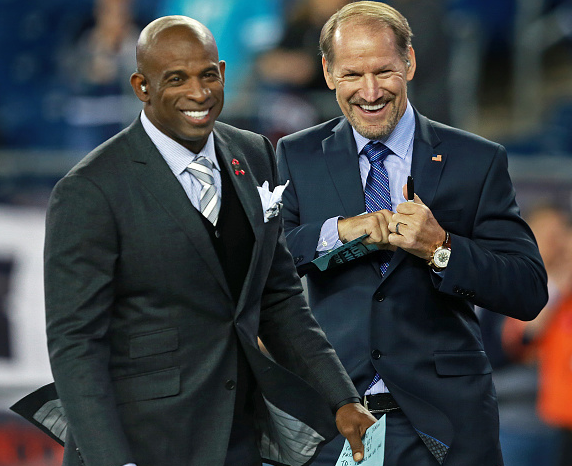 A high school employee in Dallas claims the former NFL star’s son brutally attacked him on school grounds. The reports claim he beat the victim so badly that he needed spinal surgery. The victim, John Darjean, says Sanders was clearly breaking school rules back in September (2015) by using his cell phone on campus during school hours.

When Darjean tried to punish him by taking his phone away, Sanders got violent and smashed the heck out of Darjean. His injuries were so bad that he had to be transported to a local hospital.

And now the insurance company that paid his workers comp is suing Deion and his ex-wife. The reasoning? Well, they claim Deion knew his son had a long history of reckless conduct and never did anything to stop him. He just continued to let him do anything he wanted. The insurance company is hoping Deion will reimburse them for the $26k they had to pay the victim.

So far, Deion hasn’t talked to the media about this report. It’s looking like Deion doesn’t have the greatest relationship with his sons. Back in December of 2015, Shilo and Shedeur put their father on blast, claiming he kicked them out of the house on Christmas after they came back home from a trip with their mother with their ears pierced.