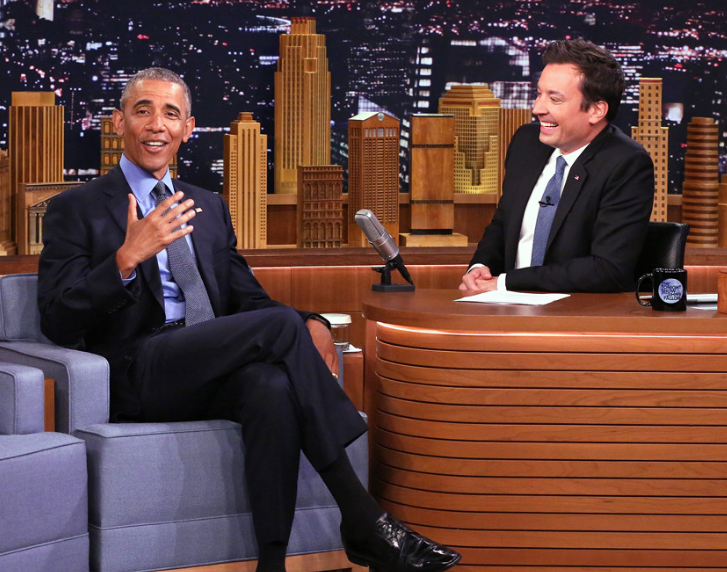 Now that Barack Obama is nearing the end of his 8-year run as President, he’s starting to let his hair down a little bit. It’s like if you knew you were leaving your job in 8 months, you’d probably start making some inappropriate jokes and steal everyone’s food from the work fridge.

Obama might not be stealing food, but he is telling some pretty hilarious jokes. The President joined Jimmy Fallon last night on The Tonight Show, and it was certainly a performance to remember. Jimmy and Obama revisited the slow jam news skit they first did together back in 2012.

The dude is smooth. You can argue all you want about the decisions he has made as President, but you cannot deny that his suaveness is off the charts.

One of the best moments of the night came when Fallon asked Obama, “I’ve got to ask: Have you been watching all the election coverage this week about Donald Trump?”

Obama’s response? “No, but I have been watching my new favorite show, Orange Is Not the New Black.”