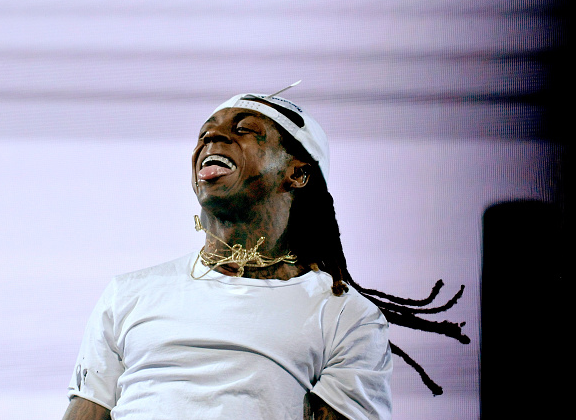 Things got a little scary up in the air yesterday for the pilot in control of Lil Wayne’s private plane. The 33-year-old rapper was reportedly traveling from Milwaukee to California when he blacked out.

The pilot landed the plane in Omaha, Nebraska, but Wayne had already regained consciousness and refused medical treatment at the time. Just minutes after taking off again, Wayne suffered another seizure and this time he was taken to a local hospital.

TMZ reports he was transported to the emergency room at CHI Health Creighton University Medical Center. They were expected to keep the rapper for at least one night to make sure everything is okay.

As some of you may know, Wayne has a long history with seizures. In fact, this isn’t the first time one of his private planes had to make an emergency landing. Back in 2012 the same thing happend, and one year later in 2013 he spent almost a week in the hospital after having seizures back to back.

Wayne decided to talk about his medical history in March of 2013. He told Power 106 that he’s prone to seizures….

The bad news is … I’m prone to seizures. Like, this isn’t my first, second, third, fourth, fifth, sixth, seventh seizure. I’ve had a bunch of seizures, y’all just never hear about them. … I go to sleep and wake up in the hospital. I don’t feel anything.

And while he might have made it seem like it wasn’t a huge deal during the interview, just a few months later in May, the rapper almost died.

He once again talked with Power 106 about the incident…

It got real bad ’cause I had three of them in a row, and on the third one, my heart rate went down to, like, 30 percent. Basically, I could’ve died, so that is why it was so serious. But the reason being for the seizures is just plain stress, no rest, overworking myself.

Hopefully this latest emergency wasn’t as bad. He’s scheduled to perform this weekend in Kansas City, but he probably should take a week or two off. As mentioned above, overworking yourself can trigger these episodes.