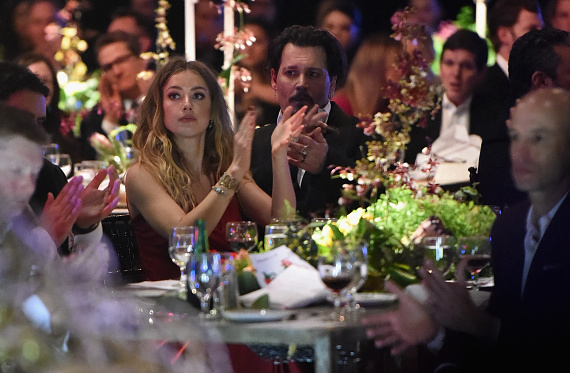 It’s depressing to see just how fast Amber Heard and Johnny Depp’s marriage went downhill. One minute they were smuggling dogs into Australia, and the next minute they’re accusing each other of domestic abuse. And it seems like every single day, another layer of drama gets added to this delicious cake of lies.

Yesterday, Heard made a huge move in court. Her lawyer filed a declaration stating the actress is withdrawing her request for temporary spousal support. The actress claims she only asked for it to begin with because she believed it was the normal thing to do in a divorce case.

But when Depp’s team started using this against her in the media by claiming she was only after Depp’s money, she decided to withdraw the request. Her exact words in the document were, “[It’s being] used against me to distract and divert the public away from the very serious real issue of domestic violence.” Why is this such a big deal? Well, she claims Depp made nearly $30 million last year, and she believes she could have been looking at almost $1 million per month in temporary support, so she’s turning down a lot of money to prove a point. It’s important to remember though, she can still go after spousal support after the restraining order hearing is complete.

This all coming after LAPD officers responded to a call at the couple’s home. Heard’s team told police Depp’s moving people were “taking items from his downtown L.A. home in violation of the restraining order she has against him.”

Depp is allowed to move personal items from the home, and it looks like his moving team was mostly following the rules. As you can see in the photo (credit TMZ) the moving truck appears to be loaded with Depp’s clothes. However, the desk/table thing you see off to the side was returned. Both sides agreed it wasn’t worth fighting over.