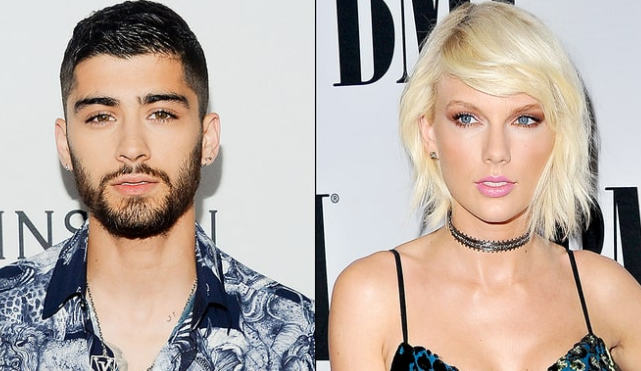 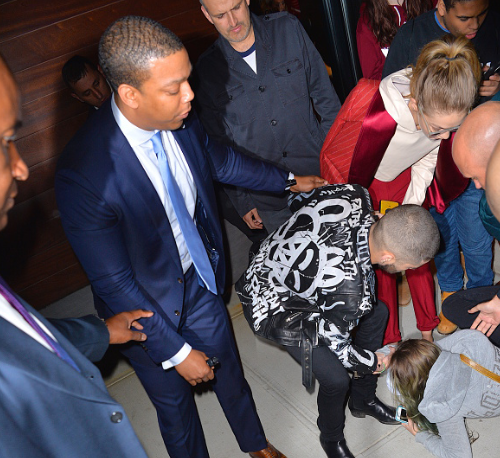 Zayn and Gigi watch as a fan tries to take a selfie with Zayn’s boots. Credit: Robert Kamau // Getty Images

You would think a huge star like Zayn Malik would be comfortable around almost anybody. Even if that “anybody” is Taylor Swift. As most of you know, Zayn’s girlfriend Gigi Hadid is friends with T-Swift, and while Zayn was chilling inside his girlfriend’s home, the 26-year-old singer showed up.

And she shocked the former member of One Direction by revealing she had listened to his solo album Mind of Mine.

Even more impressive? She loved it. Malik talked about the crazy experience during an interview with Dazed magazine.

At Gigi’s house we briefly spoke and she told me she really enjoyed the album. It was nice to get some feedback. She said she thought I was cool, and I kind of blushed a bit and didn’t know how to take it.

Not to take anything away from the compliment, but Swift seems like the “OMG! I LOVE IT!” type. You could hand her a piece of fresh (warm) dog poop, and she would be all, “This is amazing! I can’t believe it! Did you make this yourself?”

But really, maybe this will give Malik the confidence he needs to get back on stage. As we reported a few days ago, the 23-year-old singer had to cancel his performance at the Capital Summertime Ball.

He apologized to his fans, “Unfortunately my anxiety that has haunted me throughout the last few months around live performances has gotten the better of me. With the magnitude of the event I have suffered the worst anxiety of my career.”

This is probably just me being selfish, but it’s comforting to know even huge stars have anxiety. Obviously, getting on stage in front of thousands of people is a little different than attending your Uncle John’s birthday celebration at Chili’s, but hey…it’s not something I can control.

Hopefully Uncle John forgives me for not showing up. Turning 50 isn’t THAT important, right?