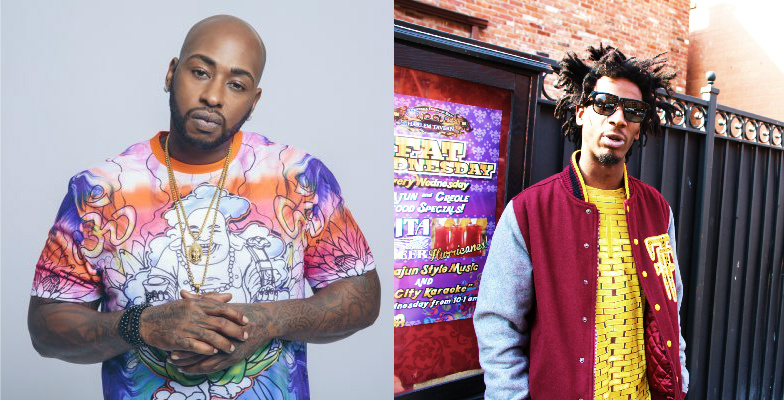 These reality stars forget sometime that not only is everything being recorded but everything you put on social media is still out there…even if you “think” you deleted it.  And….guys like me, make a pretty good living trolling for that info.

We have to give the fans what they want right? If you are reading this post then you are more than aware of the beef between Caesar and Puma or more like Black Ink and Puma.  In the latest season of the reality show, Puma opens up his own shop called Art2Ink.

During episode 6 of this season (season 4) after only being open for a few weeks, someone yells Puma’s name and then fires shots into his new shop.

No one gets hit but Puma honestly believes that this was someone from the Black Ink Crew, a claim that has never been verified.  We all know that fans get into these story lines and they are often crazier and angrier then the people who actually have the beef.

This could have easily been a fan or someone trying to get on TV or perhaps even VH1 creating a fake plot.  Who knows??

ATTACKED AT THE MOVIES

Just last week during the premiere of The Rock and Kevin’ Hart’s new movie “Central Intelligence”, Puma and his wife were allegedly attacked and it appears from the photos below, that the couple got the best of the attacker.

She was sent to the hospital to be treated for her  injuries.

After Puma took to social media to explain what happened, Caesar took to his Instagram and twitter and blasted the 34 year old tattoo shop owner for bragging about beating up a woman.

Here is what Caesar had to say, in a now deleted post where he showed a picture of the woman in the hospital

I’m tired of hate and lies. This is the picture of the person, that coward said tried to jump him and his wife. This defenseless girl. How can you sit on social media saying you hospitalized a 90 pound girl?

You are not a man. You are not even worth mentioning in a comment. When hate and envy has taken over a person so much, it is sad and disgusting. I’m tired of you trying to portray yourself as a victim. Puma wrote in a post that has also been deleted – they don’t want the cops to get their hands on these tweets: (Read More)