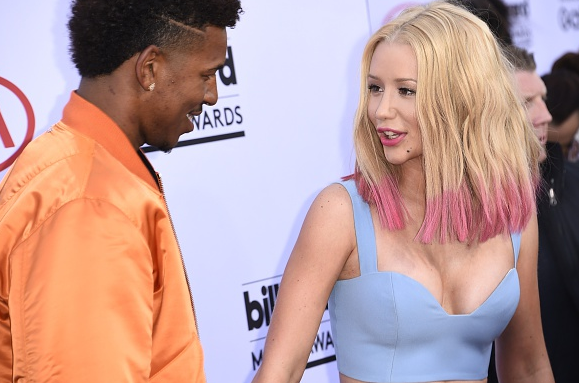 ACT SURPRISED: Iggy Azalea Calls Off The Wedding, Ends Relationship With Nick Young Because He Can’t Be Trusted! Every single one of you should have seen this coming. If you didn’t, then we have obviously failed you as your source for celebrity gossip. Iggy Azalea went on her social media accounts this past weekend to announce she was ending her relationship with NBA player Nick Young.

As most of you probably remember, in March of this year, Young’s teammate D’Angelo Russell released a video showing the two players talking in a hotel room. During the conversation, Young seems to admit he cheated on Iggy with a 19-year-old girl.

The video was shared all over the web and at one point Iggy threatened to cut off Nick’s penis, but ultimately she decided to stay with him and try to work things out. After all, they were planning a freaking wedding together. She didn’t want to throw it all away.

But that’s exactly what she has decided to do now. It looks like Nick messed up again and now Iggy has finally realized marrying a professional athlete (unless they’re a pro bowler or something) is a terrible idea.

She released the following statement on her Instagram: “Unfortunately although I love Nick and have tried and tried to rebuild my trust in him — it’s become apparent in the last few weeks I am unable to. I genuinely wish Nick the best. It’s never easy to part ways with the person you planned your entire future with, but futures can be rewritten and as of today mine is a blank page.” Strange world we live in, huh? She breaks up with someone she planned to spend the rest of her life with, and she feels like it’s her job to share the news on social media with her fans.

Don’t get me wrong, I’m glad she did. It saves us a lot of work. But still…it’s strange.